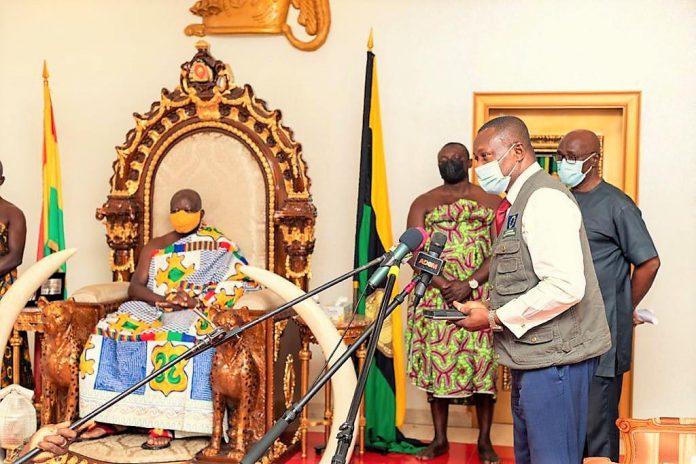 Ghana Statistical Service (GSS) has described as encouraging the level of patronage for the ongoing 2021 Population and Housing Census in the Ashanti Region.

Dr Kobina Abaka Ansah, the Regional Statistician, said most of the people were eager to provide the needed information needed by the GSS’ Field Officers in their data collection, saying their assistance had so far been helpful.

Ashanti, Ghana’s most populous region, has more than 13, 000 Field Officers engaged for the Census, which is expected to last for about two weeks, and targeting more than six million people for enumeration.

“We have not as yet recorded any bad incident as our Officers move freely in the communities for the exercise,” Dr Abaka Ansah told the Ghana News Agency (GNA) in an interview, in Kumasi.

This was after officials of the GSS had enumerated the Asantehene, Otumfuo Osei Tutu II, at the Manhyia Palace.

The programme also had all the staff of the Palace being counted.

The Regional Statistician said to ensure efficient work, the Region had been categorized into four zones, and that the authorities had made provisions to capture the data of all and sundry.

“Even if we are not able to get to the hard-to-reach areas within the two weeks, there are still plans to extend the time for the benefit of the people,” he said.

The intention, according to the Regional Statistician, was to achieve about 100 per cent coverage so that nobody was left out in the Census.

Dr Abaka Ansah lauded the Asantehene for being supportive of the exercise, especially in the area of creating awareness on the relevance of the Census.

The GSS, he said, was anticipating a successful exercise to help the nation build a credible database for effective planning and development.