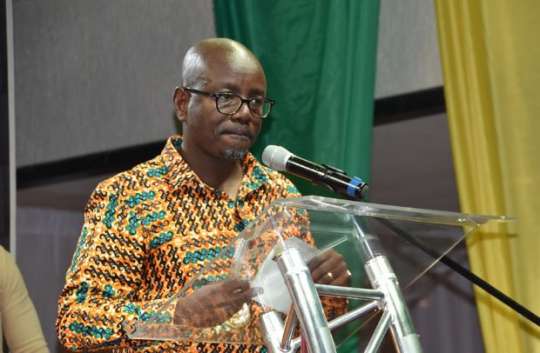 Mr Akwesi Agyemang, the Chief Executive Officer, Ghana Tourism Authority (GTA), has directed all tourism and hospitality industries to immediately start screening all guests before giving them access to their facilities.

He said this was one of several measures by the GTA to ensure the industry was well protected against the deadly coronavirus.

At a meeting with industry players, in Accra, Mr Agyemang said although the industry had been badly hit by the outbreak, the Authority would continue to ensure that everyone was very well protected to continue their businesses without fear and panic.

“The hospitality and tourism industry is very sensitive and any little spur of fear and panic would hit the industry badly.”

Mr Agyemang said already the industry had seen a lot of cancellations of bookings into hotels, airlines that are shutting down, empty seats, and people not visiting sites.

“We have already seen a certain trend over the last few weeks and its worrying but based on the reassuring that we have from the Ghana Health Service and especially given the strong statement by the President we feel emboldened with the educational drive within the industry.”

He called on operators of tourism facilities not to be scared but take care and at every public area ensure there was open display of messages printed and pasted on precautions to be taken as the Ghana Health Service has advised.

“We are asking all hotels to ensure that in the hotel rooms these messages are boldly displayed and there are sanitised and other washing equipment that is available for people to wash their hands and avoid hand shakes.”

Mr Agyemang said in the area of the restaurant and kitchen they have to wear protective gear and tourism establishments must get the testing guns to test temperatures and the general health of staff.

“Per the regulations that we have the staff has to have certain health certifications by the various assemblies and from now we are going to enforce that because they are the front liners and have to ensure they are safe.”

He said they were very confident in the measures that government had taken and were assured of the readiness of the country to tackle this situation going forward.

“Coming at the very successful end of the year of return, this is the time that we are picking up the pieces for the beyond the return. As more countries put out travel restrictions and get infected, definitely the impact would be felt.”

“We are monitoring, globally there have been a negative 63 per cent cancellations of hotel flights and about 34 of hotel bookings and that tells you that we need to prepare.”

Mr Adnan Yucel, the General Manager, Movenpick Ambassador Hotel, said since the outbreak they had had a lot of cancellations, particularly from international companies.

“We are supposed to have some IMF, World Bank, UNDP and some United States related meetings, but they were all suddenly cancelled. Lots of cancellations from now through to May, which could have earned the facility hundreds and thousands of US dollars, which has affected us dramatically,” he said.

Mr Yucel said they were trying to take some precautions and hope that they could bounce back to their normal track by May or June.

All unregistered tourism enterprises to be closed down