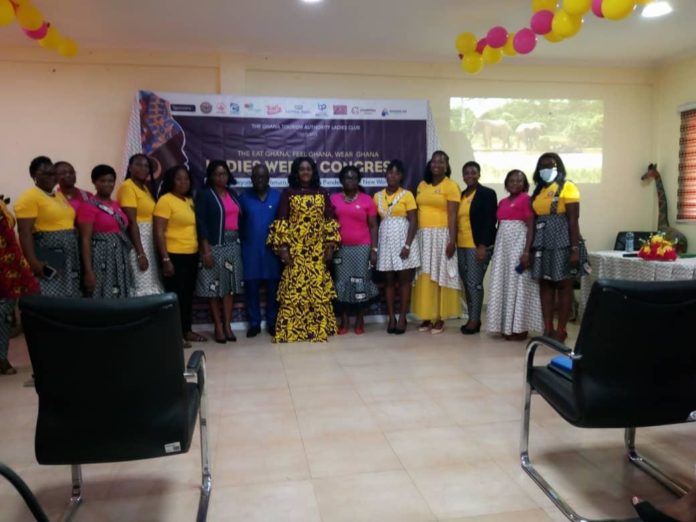 The Ghana Tourism Authority (GTA) Ladies Club in collaboration with the African Tourism Partners has held its annual women in tourism congress in Accra.

The congress, on the theme, “Beyond The Return: Beyond The Pandemic, A New Woman” among other things sought to revitalize the club to champion and empower women in Ghana’s tourism and draw attention to position women at the centre of tourism development.

Mrs Barbara Oteng- Gyasi, Minister of Tourism, Arts and Culture, said women constituted a significant number of key players in the tourism and hospitality industry, yet they were not given the requisite recognition, saying for the industry to develop the voices of women needed to be heard.

This, she said, could only be done if women in the industry empower themselves. “Although government through various interventions was empowering women, however, there was the need for us to take our destiny into our own hands.”

She said the country could not achieve any meaningful and sustained development if it fails to recognize the need to empower women whose efforts were cardinal for national development.

“It is important to note that in the 21st century, women empowerment and economic development must be in pari passu. Development alone cannot significantly lead to reduction in the inequality between men and women; rather, the empowerment of women will engender a more complete development.”

Mrs Oteng Gyasi said the industry was a major provider of employment but it was even more significant that the majority of people employed in the sector were women, saying, it was encouraging to note that the attraction of women towards the industry was for certain distinctive attributes, which lend themselves naturally to women.

“The African woman, and for that matter, the Ghanaian woman is the very crucible of our hospitality from which springs out distinctive Ghanaian words like Akwaaba and Woezor.

Indeed, the potential of the tourism industry is still vast and untapped and the encouragement of women to fully participate in the industry will have tremendous positive spillovers for the socio-economic development of Ghana.”

She said for organization to thrive well, there was the need to have committed women to play significant roles in the day to day management of the organization and encouraged women not to be content with the traditional roles accepted as the preserve of women in the office, but be ambitious and eager to challenge and push into managerial roles in institutions.

Madam Emma Rachel Akua Oduro, President, GTA Ladies Club, said travel and tourism employs large proportions of women and thrives on entrepreneurship and offer women the prospects for self-employment, which were less accessible in other sector.

She said tourism had lots of gains including employment, income generation, infrastructure development among others, and if well harnessed could certainly lead to the improvement of the economy.

She urged the ladies not to rest on their oars, but get their shoulders to the wheel and bring on board all the good things that the Ghanaian woman had always stood and fought for in order to make the country a beacon of renaissance for the African continent.

The GTA Ladies Club was formed in 2001 to promote the image and advancement of the ladies in the industry and encourage the female staff to fully participate in all activities of the Authority in order to be part of decision making process.