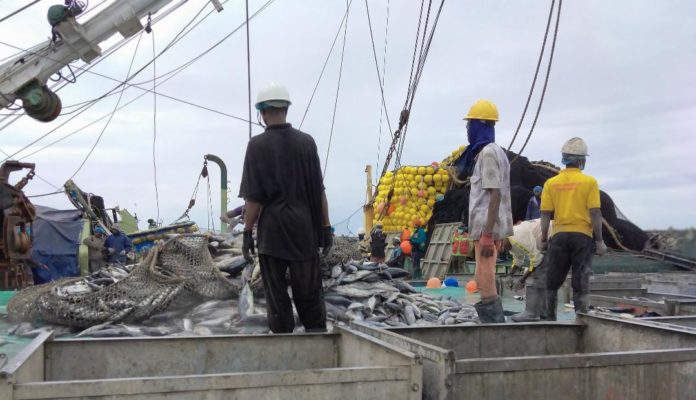 The Ghana Tuna Association (GTA) has set-out modalities to take advantage of opportunities being offered through the Africa Continental Free Trade Area (AfCFTA) platform to expand its production and market for Tuna consumption in Africa.

Mr Richster Nii Amarh Amarfio, GTA Secretary said there was the need for players in the tuna industry to take advantage of the AfCFTA to increase demand for its consumption, stressing that in order to get the canneries to deal with the challenges, there is the need to open up an Africa Market for Tuna.

Speaking at a conference organised jointly by ‘INFOPECHE’ and ‘COMHAFAT’ both Ivoirian companies in Abidjan, Cote D’Ivoire on the theme: “Challenges and New Perspective of the Tuna Canning Industries in Africa,” Mr Amarfio emphasizes the need for African Union Member States to develop taste for Tuna.

He added that the government must initiate policies that would help to reduce the cost of production both at the canneries and the fishing vessels to make tuna products from the canneries available on the Africa market at relatively low cost.

According to him, the European Union (EU) remained a major market for the canneries and constituted the major challenge, adding that; “Countries have relied on the relieves under the ‘ACP-EU’ Trade agreement and the high consumption of Tuna Products in Europe.”

He noted that the European market however has key trade challenges targeted at the fishing companies but ultimately affects the canneries through the traceability principles.

Mr Amarfio said the two major canneries in Ghana: Pioneer Food Cannery and Cosmo Foods needed to meet rigorous requirements from the European market which is the major market for tuna and these requirements also impact significantly on trade, adding that, “the regular threat of trade sanctions from the EU affects the cannery and its operations.”

The GTA Secretary said the tuna sector is one of the most important sectors within the fishing industry globally.

He said per the Statistical Service of Ghana, fisheries contribution to the Gross Domestic Product (GDP) of Ghana in 2021 was USD263.2 million.

“In Ghana, tuna contributes significantly to the non-traditional export and contributed some USD300million + annually to the economy, this has, however, declined significantly,” he said.

Ghana likely to lose her status as Tuna hub

Tuna Contributes Least US$42.2 Billion To Global Economy Every Year

PFC threatens to relocate its business

NPP supporters in Northern Region advised not to panic