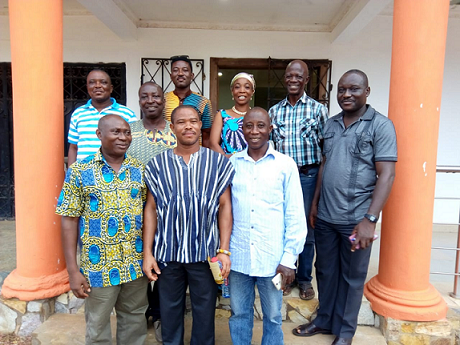 A group known as the Guan Development Association (GDA) has said citizens of the Santrokofi, Akpafu, Lolobi and Likpe (SALL) Traditional Areas were satisfied with government’s effort towards the inauguration of the Guan District.

The Association noted that the creation of the Oti Region had created some “crisis which were avoidable.”
A release signed by Mr Michael Osibo, President, GDA and other executives copied to the Ghana News Agency, disclosed that “we are encouraged by the Government’s effort to rectify the anomaly within the shortest possible time.

“The Guan District Local Government (Guan District Assembly) Instrument 2020 came into force on November 9, 2020 and had subsequently been published in the gazette. Hitherto, the Ministry of Local Government and Decentralization has been engaging our chiefs and opinion leaders in stakeholder consultations for the inauguration of the Assembly contrary to opinions of neglect by the Government.”

Mr Osibo said they were happy to see officials from the Ministry coming to inspect facilities earmarked for the full administrative operations of the Assembly in the interim, while they awaited the construction of the Assembly and its ancillary facilities.

“It has never been lost on us that the region we demanded through several petitions until it was granted by the Akufo- Addo led government would be frost with challenges. However, we believe it is not beyond the government to resolve our challenges.”

The President noted that the chiefs and people of GUAN were in an expectant mood to see “this done within the shortest possible time in order to give meaning to our developmental aspirations.”