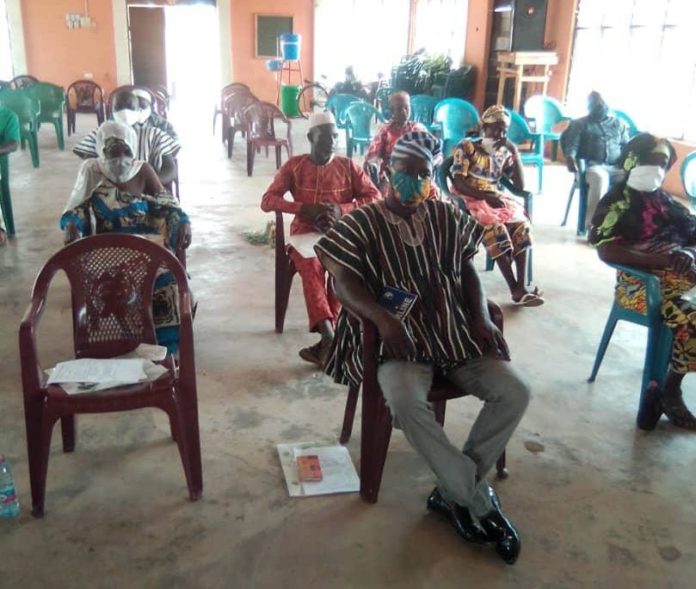 The Gushegu Municipal Assembly in collaboration with Song-Taba, an NGO, has enacted by-laws on children’s rights to help curb child abuse, child trafficking, and early and forced marriages in the area.

Mr Fuseini Abdul- Karim, Deputy Coordinating Director at the Gushegu Municipal Assembly, who announced this at a workshop organised by the Pan- African Organisation for Research and Protection of Violence on Women and Children (PAORP-VWC), said the laws would aid in eradicating the menace in the municipality.

The day’s workshop, held at Gushegu, was part of the PAORP-VWC’s three-year project dubbed: “Promotion of Protection against Child Trafficking and Child, Early and Forced Marriage in Northern Ghana” being implemented in Tolon, Kumbungu, Gushegu, Zabzugu and Tatale Assemblies with funding support from Kinder Rechte, Afrika, an NGO based in Germany.

It was attended by representatives from the National Commission for Civic Education, the Ghana Police Service, traditional authorities, assembly members, child rights protection committee members and officials from the Department of Social Welfare, who were drawn from Gushegu, Zanteli, Kpugi, Nawuhugu and Gbambu communities in the municipality.

Mr Karim said the enforcement of the by-laws required collective efforts and full participation of all stakeholders, and called for their support to ensure that the project succeeds.

He took participants through the laws and explained that Section 296 of the Gushegu Municipal Assembly (Child Rights And Protection) by-laws 2017, was against the use of the child for begging, saying such an offence attracted a penalty of not exceeding GHC1,000.00 or in default serve a term of imprisonment not exceeding 12 months or be sentenced to both.

“It is prohibited for a woman to marry against her wish or force a pregnant girl to cohabitate with the man who has impregnated her,” he said.

Mr Karim, therefore, appealed to politicians and traditional authorities to desist from pleading for release of people, who violated the law, urging them too allow the law to take its course.

Mr Mohammed Jafaru, Gushegu Municipal Director of the Commission on Human Rights and Administrative Justice, who facilitated the workshop, encouraged community members to use assembly members in their various electoral areas effectively as the first point of call to report cases of child abuse and early and forced marriage related issues.

Participants at the workshop proposed that the Assembly should revive the defunct Community Task Force to ensure that children did not stay outside deep into the night and also monitor the anti-social behaviours and activities of children in the communities.