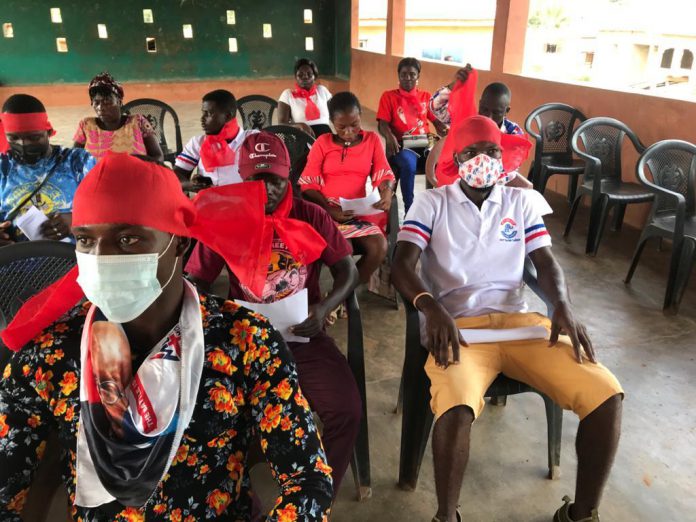 The Gwira Youth Association (GYA) in the Nzema East Municipality of the Western Region has called on President Akufo-Addo to consider appointing a new MCE from their area.

They claim that over the period, all MCEs had come from other areas of the municipality excluding; Gwira and thus affecting their development as a community.

The Spokesperson for the Association, Mr Redford Asmah at a news conference at Bamiankor said the current MCE had not helped in building cohesion among traditional leadership.

The spokesperson said, since 1992, the Gwira enclave had not seen any of “its own” occupying the high office of Municipal Chief Executive for Nzema East.

“Gwira is less represented at the Municipal Assembly. Out of the 25 electoral areas in Nzema East Municipal, Evalue area has 14, Ajomoro area has three and Gwira area which has the largest population has eight. Beside this, none of our sons and daughters have ever been appointed as the Municipal Chief Executive to represent the Municipality”, he explained.

The community has no single kilometer of tarred road, poor educational infrastructure, no standard health facilities, poor sanitation, no toilet facility, no developed market place among others.
Mr Asmah said, “Meanwhile, we remain the food basket of the municipality.”

The Spokesperson said , “we have several members of our community who are strong and distinguished members of the New Patriotic Party who can be considered for an appointment and therefore we are asking the President to look for an alternative”.