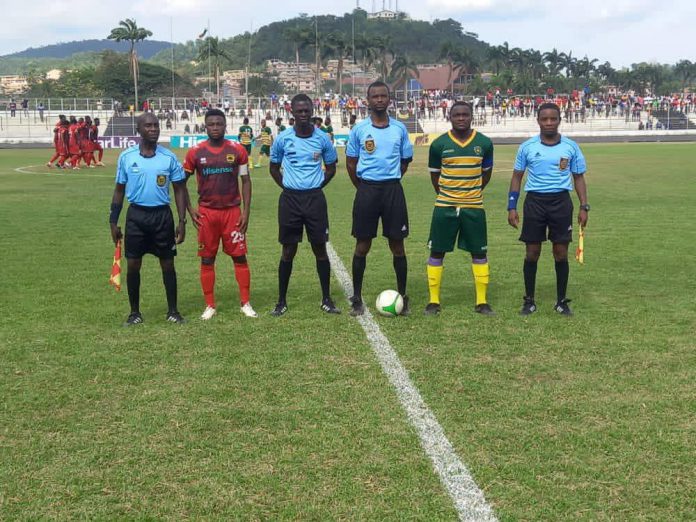 The win ensured Kotoko extended their lead at the top of the table as they have now accumulated 44 points with 10 matches to end the 2020/21 Ghana Premier League season.

Ebusua Dwarfs started the game on the front foot and Elia Kofi nearly put the visitors ahead but Kotoko goalkeeper Razak Abalora produced a decent save.

Kotoko on the other had a slow start to the game as many of the attacking incursions in the opening minutes were curtailed by the Dwarfs defence.

Dennis Korsah surprisingly put the away side ahead in the 25th minute with a thunderous strike from 30-yards with goalkeeper Razak Abalora rooted to the spot.

The first half ended one all.

Gyamfi grabbed his second goal in the 50th minute after some shambolic display by the Dwarfs goalkeeper who gifted the winger a free goal to the excitement of the rallying home fans.

Kotoko were the better side in the second half as they dominated play and Andy Kumi nearly scored Kotoko’s third but the Dwarfs goalkeeper Razak Isaah was equal to the task this time round.

Dwarfs failed to really test Kotoko goalkeeper Razak Abalora in the second half as Kotoko held on to secure all three points.