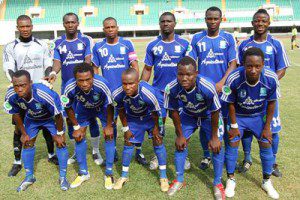 Former Real Tamale United midfielder Hamza Mohammed has targeted qualifying the club back into the Ghanaian top flight as a project as he pursues his degree in football administration.

The former national U20 captain has been with the technical team of the former Premier League campaigners since returning from Australia where he is studying.

RTU performed creditably in the just ended Division League placing second in Zone One with 58 points behind Techiman City.

The Pride of the North is eagerly waiting for the verdict of the Ethics Committee regarding the bribery allegation involving Techiman City and Wa African United.

The outcome of the verdict will determine whether the former Premiership side will qualify into the Premier League.

But the former national star says his immediate desire is to see the former Premier League powerhouse back into the league.

“When I returned home I met my mother club RTU struggling and I had to join hands with the current coach to help the club. So I am now in the country trying to get RTU back into the Premier League.”

“Even though I will go back for my course, qualifying RTU into the Premier League will be a very big project for me and that is what I am currently hoping for.”

RTU have been struggling to secure qualification from the second tier league for the past three years.