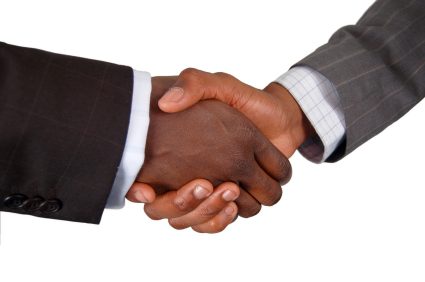 From south to North, East to West,? ?many Ghanaians show defiance of the Ebola scare. What I see daily? ?beats my imagination. Though Ghana is surrounded by nations whose citizens are gripped by the fear of Ebola Virus Disease (EVD) they seem to be unmoved. Most of them have refused to abandon the traditional handshakes, hugging and the eating of bush meat saying these are age old practices that cannot be harmful to them. But we need to thing again.

A visit to offices, markets, meetings, workshops, churches and mosques will reveal people busy shaking hands without thinking of the cost. The newly introduced handshakes using elbows and clenched fists are not in vogue in Ghana. Some joke with it for a while and discontinue.

A sizeable number of the people, aware of Ebola scare seem to have accepted the advice to?? wash their hands regularly especially when they visit the toilets. This is meant to prevent both Ebola and cholera. Hospital officials and those who man our toll booths and border points knowing that both cholera and Ebola are no respecter of persons now use gloves and some protective clothing to avoid contracting Ebola from strangers.

Leaders of some churches and schools especially those harboring international students are promoting the use of hand sanitizers during and after church services.? Since the average Ghanaian still engage in hand shaking even if with care, I keep wondering; have they been assured by a man of God that they are immune from Ebola? Have Ghanaians benefited from T. B. Joshua?s water against Ebola treatment?? Are Ghanaians fortified against ?contracting Ebola?

At least we also have our health problems. ?Ghanaians especially in the less endowed areas that live in dirty surroundings are worried about current outbreaks of cholera that has claimed the lives of many people in towns and villages including Accra the capital. But Ebola is yet to break out in Ghana. It is yet to make inroads in that country. What is the secret behind this joyous ?situation in Ghana? When the disease broke out recently in Liberia, Ssierra Leon and Nigeria, it claimed the lives of close to 3000 people with majority of them in Sierra Leone. These nations have instituted many measures including lock outs in Sierra Leone and the deployment of military men to help stem the tide of the disease in the affected countries. They have restricted attendance of funerals and touching of dead bodies. ?Some measures instituted include restrictions in handshakes hugging and the eating of bush meat to the extent that fellow heads of states have stopped shaking hands with as done between President Mahama chairman of ECOWAS and the president of Sierra Leone Bai Koroma when President Mahama visited the country recently.

ECOWAS Chairman?John Mahama?refused to shake hands with the heads of state of the three Ebola stricken nations he visited on Monday September 15, over fear of contracting the deadly Ebola virus, the BBC?s Umaru Fofana has said.
Sierra Leone?s President met?Ghanaian President Mahama to discuss issues over the EBOLA outbreak in their countries and probably how he could help ?with his mouth? and the picture above popped up.

?Interesting that Ghanaian President and ECOWAS Chairman and his host President Ernest Bai Koroma did not shake hands during the brief visit to Sierra Leone today. Very interesting how both men wanted to do the handshake and both held back. Ebola you are TERRIBLE,? Fofana wrote on his Facebook ??.
Ghanaian medical authorities; the Ministry Of Health gripped with the fear of the disease took steps to institute measures at our air sea and land posts to screen people entering the country from neighboring countries. This was followed with educational programs in offices churches and mosques.

In spite of all these more needs to be done to prevent the disease from coming to Ghana. ?Ghana aids commission is credited with success story of supervising improvement in the HIV Aids management in Ghana, is said to be thinking of adding ebola to its responsibility. If given the opportunity it could devise a means to launch a nationwide sensitization programs as done with the HIV and Aids. At an emergency meeting of the Federation of Muslim Councils of Ghana (FMC) chaired by its coordinator Alhaji Abdallah Showmie Williams, the Federation commended the Ghana Aids Commission for supervising improvement in the HIV Aids management in Ghana. The feat chalked by the commission has won Ghana a good image in preventive methods and management of HIV carriers. Ghana has therefore become a shining example and a reference point for all countries seeking to manage HIV and Aids in their countries. The members expressed delight at the use of time tested methods to detect the HIV virus in people and going ahead to provide them with retroviral drugs to manage the HIV in hundreds of affected Ghanaians across the country. ?The desire by the Ghana Aids commission to get involved with Ebola is a good idea especially because of the successes chalked by the commission so far.

The federation of Muslim councils of Ghana on its parts is??? seeking funding to launch in support of the idea being floated by the Ghana Aids Commission to carry out a program to sensitize Ghanaian Muslims in mosques, Islamic schools and neighborhoods on the deadly Ebola virus diseases. FMC also intends to include cholera in its educational program for attacking people daily and claiming ?the lives of many Ghanaians in Accra and other parts of the country