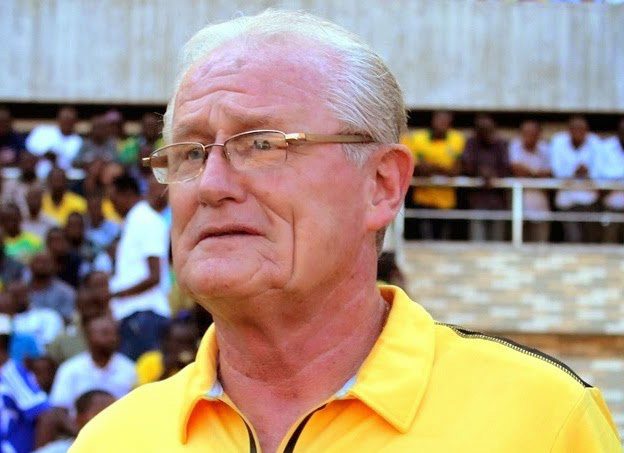 Media reports in Zimbabwe claimed on Thursday that the weather in Zvishavane, where the game will be staged, is basically the same as in Tanzania ? hot and humid ? and Hans van der Pluijm?s side will need only to acclimatize.

Yanga, who boast a mammoth 5-1 lead from the first leg, are expected to jet off to Zimbabwe on April 1, three days before the encounter.

The Dar es Salaam-based outfit will have to travel to Zvishavane in Midlands Province from Harare by road. Yanga are currently flying high, topping the domestic league with 40 points after their Wednesday?s 3-1 victory against JKT Ruvu at the National Stadium in the city.

They will travel to Zimbabwe with high hopes of knocking out FC Platinum and sailing into the second round of the continental second tier.

Yanga?s preparations kicked off without some of their key players, who have travelled to Mwanza to join the national team, Taifa Stars, camp ahead of Sunday?s international friendly against Malawi ?Flames? at the CCM Kirumba Stadium.

The Jangwani Street-based club?s Head of Communication, Jerry Muro, said the six players left the city yesterday morning for the Rock City to join the rest of the Taifa Stars squad.

?We have pitched our camp at Tansoma Hotel in the city to plot the final downfall of our opponents, FC Platinum, but six of our key players have left for Mwanza to join the national team and we expect them back on Sunday evening,? he said.

He added that the team will jet off well prepared for the return leg match with the hosts having a mountain to climb to overturn the 5-1 defeat. Platinum need to score four clear goals to eliminate Yanga from the tournament.

But the task seems hard to accomplish for the hosts as their coach Norman Mapeza has been quoted as saying it will be very difficult to score all those goals against Yanga.

?It?s difficult to score four goals and all we have to do now is turn our focus to the Castle Lager Premier Soccer League,? he said.

Platinum will welcome Yanga at Mandava Stadium where the match will be officiated by referees from Angola ? Helder Martins de Carvalho, Jerson Emiliano dos Santos and Wilson Valdmiro Ntyamba.