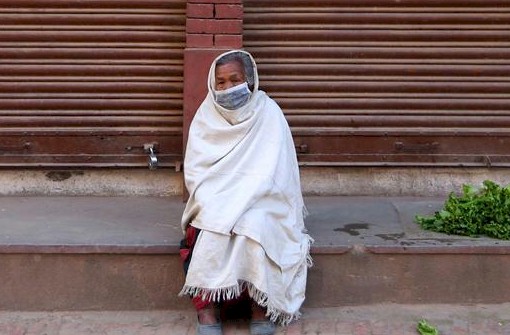 Turkey on Saturday reported 1,983 new COVID-19 cases, the first time the figure has dropped below 2,000 since March 30, while 65 new fatalities were recorded in Iran, pushing up the dealth toll from the novel coronavirus in the country to 6,156.

The total number of confirmed COVID-19 cases in Turkey has climbed to 124,375, while the death toll surged to 3,336 after 78 more were added, Turkish Health Minister Fahrettin Koca tweeted on Saturday.

So far 58,259 patients have recovered from the the viral respiratory disease in the hardest hit country in the Middle East, according to Koca.

It is worth noting that some Turkish business owners are planning to resume operations amid the latest downward trajectory in the curve of COVID-19 cases, especially after Turkish President Recep Tayyip Erdogan earlier said the government would ease the limitations and measures at the end of May.

Iran, now the second hardest hit country in the Middle East, has also witness continued slowdown in the epidemic, where only 802 new coronavirus cases were confirmed on Saturday, bringing the total number to 96,448, including 77,350 recoveries.

In Saudi Arabia, 1,362 new coronavirus cases were recorded on Saturday, raising the tally to 25,459 in the kingdom, while the death toll increased by seven to 176.

To mitigate the economic impact of the COVID-19 pandemic, Saudi Finance Minister Mohammed al-Jadaan said on Saturday that his country “must reduce expenditures,” noting both oil and non-oil revenues will see further drops in the coming quarters.

Also in a continued improvement in coronavirus epidemic, Israel reported merely 84 new cases on Saturday, bringing the total number in the country to 16,185.

According to the Israeli health ministry, 437 recoveries were recorded on Saturday, more than five times higher than the number of new patients, raising the total number of recoveries to 9,593.

The Israeli government has decided to partially re-open schools starting Sunday, when the government is also expected to discuss the re-opening of other facilities including shopping malls, parks and universities.

In Palestine, three new coronavirus cases were reported in and around East Jerusalem, raising the total number in the Palestinian territories to 520.

The Qatari health ministry on Saturday announced 776 new infections of the novel coronavirus, taking the total number of confirmed cases in the country to 14,872, including 1,534 recoveries and 12 fatalities.

As the first among the Gulf countries to report COVID-19 cases, the United Arab Emirates (UAE) announced 561 new COVID-19 cases, bringing the total number in the country to 13,599.

On Saturday, the UAE also confirmed 121 fully recovered and eight died from COVID-19, bringing the number of recoveries and death toll to 2,664 and 119 respectively.

Egypt recorded on Saturday 298 new COVID-19 cases and nine new deaths, bringing the total confirmed cases to 6,193 and fatalities to 415.

The Egyptian government has recently started to ease restrictions and reopen services and offices that have been closed over the past six weeks, amid a coexistence plan of carrying out preventive measures while resuming services and economic activities.

In Morocco, 160 new confirmed cases of COVID-19 were reported in the past 24 hours, bringing the total number of cases to 4,729 in the North African country, with 173 deaths and 1,256 recoveries.

On April 26, a Chinese team of medical experts left Iraq after 50-day stay to support the Iraqi health system to contain the pandemic. In Lebanon and Sudan, the number of COVID-19 cases on Saturday rose by four and 91 respectively to 733 and 533.

Lebanon has started reducing general mobilization measures with some shops having opened since two days ago, while the Sudanese police have been intensifying steps to prevent violation of curfew in Khartoum State, the worst-hit area in Sudan.