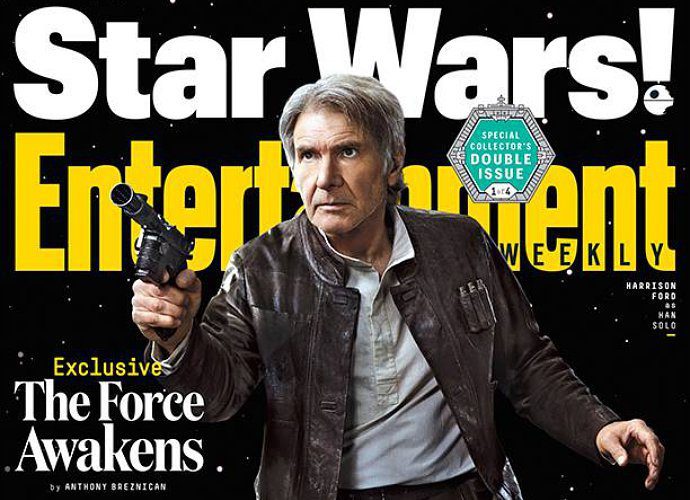 Harrison Ford talks Han Solo’s return in upcoming “Star Wars: The Force Awakens”. Although “The Force Awakens” trailers saw his character having gone from Force cynic in the original “Star Wars” trilogy to being the character who tells the new heroes that it’s all true, Harrison promises that the older, wiser Han Solo is still a rogue.

“No, there’s not an abandoning of the character,” Harrison tells Entertainment Weekly of Han Solo, “He does not aspire to the position of Obi-‘Ben’ Kenobi, nor do I aspire to be some New Age Alec Guinness. His development is consistent with the character, and there are emotional elements which have occasioned his growth.”

“We spend a lot more time [in the movie] on his failure to master basic skills, like accounting,” he continues while rubbing his thumb and forefinger together. “And accounting for his own behavior. There’s a lot of the rogue still left in Solo. Some things don’t change.”

Harrison is then asked whether LucasFilm has talked to him about the young Han Solo film slated in 2018. “I think they’re probably talking to the young Han Solo,” he replies with a smile. When asked about what advice he would give to the actor playing the young Han Solo, Harrison says, “I would say, ‘Talk to your director. Watch the movies. And welcome aboard. Make it your own.’ ”

Harrison, however, doesn’t worry to have someone else picking up Han Solo. “I never thought about it,” he says, “I got other things to worry about. I got shoes at the cobbler that need to get picked up. I got to go get a bike fixed. You know, I got a lot of things to think about.”

Other “Star Wars: The Force Awakens” cast members like Daisy Ridley and John Boyega get their own cover photos for Entertainment Weekly’s Special Collection’s Double Issue.