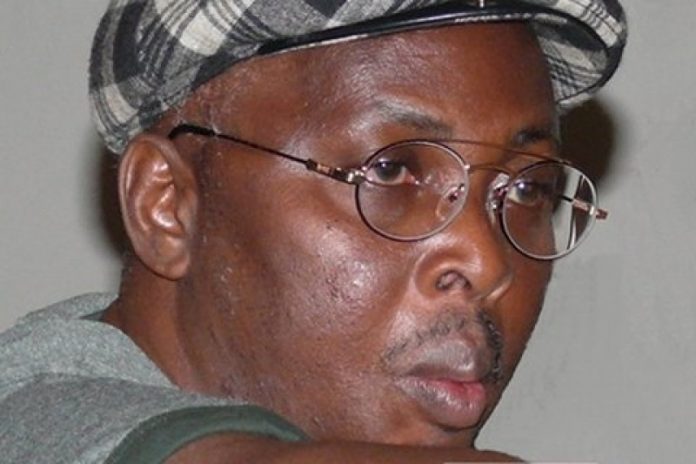 Ghana’s Ambassador to Namibia and Botswana, Haruna Attah has dared the flag bearer of the main opposition New Patriotic Party (NPP), Nana Akufo-Addo, to swear on the bible to prove he (Mr Akufo-Addo) never had a discussion with him (Haruna Attah) at which event he (Mr Akufo-Addo) said the NPP will never allow a non-Akan to lead the party into an election.

“What I put out there, I’m going to repeat in another statement and I challenge the people I mentioned to swear on the holy bible that they didn’t interact with me,” Alhaji Attah dared when he spoke to Moro Awudu on Thursday night on Class91.3FM’s Inside Politics programme in response to numerous attacks on him following his issuance of a statement on Wednesday in which he accused Mr Akufo-Addo as well as NPP stalwarts Hackman Owusu-Agyemang and Dr Kwame Addo-Kufuor of espousing anti-northern and anti-Muslim sentiments against non-Akans and Muslims in the NPP.

“They must be running away from something, they must be in denial. It’s something they are all pretending not to know,” Alhaji Attah said in reference to the attacks on him on social media following his statement, adding that instead of the NPP addressing the issues he raised, they were rather hurling “insults” at him and peddling “half-truths, innuendoes and spurious things about me.” “They are doing all sorts of tangential things,” he said.

In response to Alhaji Attah’s statement, the Aliu Mahama Foundation came out to describe his claim that the NPP sidelined and discriminated against the late vice president as treacherous. “This betrayal and backstabbing behaviour exhibited by a senior member of the journalism industry is irritating and backward.”

According to Mr Attah, President John Mahama’s recent assertion that the NPP only uses northerners and dumps them is a truism. Parrying criticism of the president’s comment from the Media Foundation for West Africa (MFWA), the former NPP member who is now serving in the Mahama administration said: “And if I may ask, what is wrong with that?

“The president was only stating an obvious and historical fact known to many people with a sound knowledge of Ghana’s politics since independence,” he added.

Describing Mr Mahama as a noble man who he must defend, Mr Attah said: “After almost 20 presidential aspirants ran against late vice president Alhaji Aliu Mahama in the NPP’s presidential primaries in 2007 when Mr John Kufuor was leaving office after serving two terms, Mr Aliu Mahama “with much humility, conceded to Nana Akufo-Addo who emerged winner, sort of…

“I do recollect very clearly, as if it happened only yesterday, Nana Addo Dankwa Akufo-Addo invited me to his office at Ridge near the offices of the Electoral Commission. I honoured the invitation, not knowing what to expect. The outcome was one of the most revealing encounters I have ever had with a Ghanaian politician. He raised a number of issues and concluded on my ‘support’ for the late vice president. On that, this is what he told me.

“The words have been indelibly etched on my conscience: ‘Harruna, your support for Aliu was flawed. If you think our party will cede its Akan leadership, you are wrong.’ He went on to expatiate on the theme, but with my mind reeling at this blatant and brazen ethnocentricity, nothing else really mattered to me again. When I left, I confided in a few people, mainly family and friends, as witnesses. I received all manner of suggestions on how to handle this ‘bombshell’ and indeed one family member high up in the NPP even suggested that I take it up with President Kufuor. The frightening fundamental message was clear: No non-Akan should dream of leading the NPP as presidential candidate.

“Not only that, Mr Hackman Owusu Agyeman, going beyond Nana Akufo-Addo’s ethnicity, used religion as his anti-Aliu stance. He confronted me in the presence of a witness: ‘Abdul-Rahman, with a nation of about 70% Christians, do you think it will be fair to have a Muslim president?’ He was referring to Alhaji Aliu Mahama, a Muslim. I answered calmly that in all the major hotspots of the world, it is when some groups think they are dominant and go on to marginalise groups they regard as minorities that the minorities also rise up to assert themselves, by whatever means.

“Dr Addo-Kufuor, President Kufuor’s brother had his turn too. At a funeral at the Trade Fair Centre in Accra, he also railed against my ‘support’ for Aliu and threatened that: ‘You are working yourself out of reckoning in any future NPP government.’ I replied that history would vindicate me. I could go on and on…”

However, the Aliu Mahama Foundation said on Thursday that it “will like to put on record that Alhaji Aliu Mahama never had any issue of ethnocentrism against him or in his favour throughout his public life until his passing. There was never a situation where he was favoured or discriminated against because of his ethnic background.”

The Foundation said Alhaji Mahama’s “competence and achievement speak volumes of the quality of the man he was”, adding: “Alhaji Aliu Mahama served this nation as the vice president through the political party he was affiliated to with dignity and utmost commitment.

“Alhaji Haruna Attah should respect the memory of Alhaji Aliu Mahama not out of fear but because it is the proper human thing to do. He should allow the gentle soul of the late Alhaji Aliu Mahama to rest in peace. The Foundation will not like to be drawn into the politics and political space by the kind of misrepresentation that some section of the public finds convenient for political gains.”

Also, Mr Hackman Owusu-Agyemang has described the claim as a “joke” while former Deputy Speaker of Parliament, Prof Mike Ocquaye described it as absolute “rubbish”.