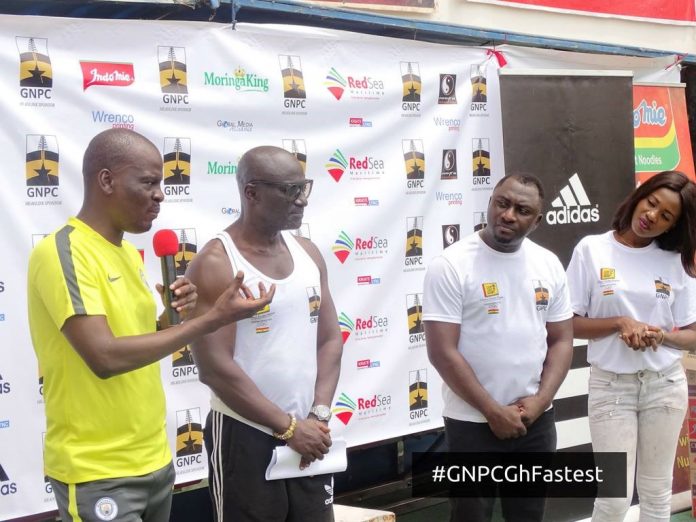 Mr Haruna Iddrisu, Minority Leader in Parliament and Member of Parliament (MP) for Tamale South, has commended the Ghana National Petroleum Corporation (GNPC) for supporting sports development in the country.
Mr Iddrisu, who gave the commendation at the end of GNPC Ghana’s Fastest Human, 2017 athletics championship held in Tamale on Saturday for athletes in the Northern, Upper East and Upper West Regions.

He encouraged the Corporation to do more to grow athletics and sports development in the country.
The GNPC Ghana’s Fastest Human championship, which GNPC is the headline and clothing sponsor, is to help unearth talented sprinters who will be developed to compete and win international laurels for the country.
Male and female athletes comprising under-10, under-15, under-18 and seniors categories participated in the 100-metre race where winners, together with first and second runners up in each of the categories received gifts from GNPC and a carton each of indomie noodles.

The Tamale event was the second in the open championships, after the first was held at the Essipong Stadium in the Sekondi-Takoradi for athletes in the Central and Western Regions.
Mr Iddrisu gave the assurance that Parliament, which scrutinises and approves GNPC’s annual budgets, would be willing to approve the Corporation’s work plan and budget that focused on growing and developing sports in the country.
He also urged the government to work towards ensuring a new strong partnership between the Ghana Education Service and the National Sports Authority to prioritise athletics development in the country.

Mr David Amofah, Leader of GNPC’s delegation to the event, said the winners and runners up in the regional championships would converge in Kumasi on September 16, for the grand finale.
Mr Amofah said the best talents that would be discovered after the grand finale would be enrolled in a year-long fully-sponsored specialised residential training programme at the GNPC Speedsters Club to nurture their talents.
Mr  Reks Brobby, Chief Executive Officer of Ghana’s Fastest Human encouraged athletes across the country to participate in the regional championship competitions.
The championship for Ashanti and Brong Ahafo Regions will be held at the Paa Joe Stadium, Kwame Nkrumah University of Science and Technology  on June 17 while that for Greater Accra, Eastern and Volta Regions will take place at the University of Ghana Stadium on July 22.
GNA