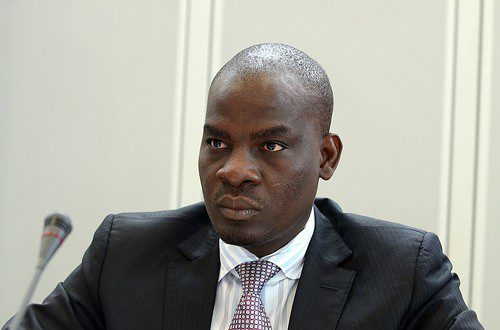 Mr Haruna Iddrisu, Minority Leader on Thursday moved a motion in Parliament calling for a vote of censure on Mr Ken Ofori-Atta, the Minister of Finance, accusing him of mismanaging the economy.

The Minority Leader, who said the motion was in accordance with Article 82 of the 1992 Constitution, cited seven grounds for it.

The seven grounds include despicable conflict of interest that he (Mr Ofori-Atta) directly benefited from Ghana’s economic woes as his companies’ received commissions and other unethical contractual advantage, particularly from Ghana’s debt overhang.

He alleged the unconstitutional withdrawal from the Consolidated Fund in contravention of Article 178 of the 1992 Constitution for the construction of the National Cathedral.

He also alleged the illegal payment of oil revenues into offshore accounts in violation of Article 176 of the 1992 Constitution.

Mr Iddrisu said he deliberately misreported the economic data to Parliament, and fiscal recklessness leading to the crash of the Ghana cedi.

The Minority Leader also alleged the ‘alarming incompetence and frightening ineptitude’ resulting in the collapse of Ghana economy and an excruciating cost of living crisis; and the gross mismanagement of the Ghanaian economy, which had occasioned untold and unprecedented hardship.

Mr Alexander Afenyo-Markin, the Deputy Majority Leader of Parliament in his preliminary objection to the Motion said the allegations made in the motion were serious allegations and that they required more evidence.

“Mr Speaker, it cannot be that a Minister of State is brought here for censure when grounds of such application had not been properly laid out, Mr Afenyo-Markin said.

He further urged the House to adopt laid down procedures as practice in the courts in dealing with the issue before the House.

The motion was then seconded by Mr Mohammed Mubarak Muntaka, the Minority Chief Whip.
Mr Osei Kyei-Mensah-Bonsu, the Majority Leader in his submission said the constitution provided that a Minister of State in respect of whom a vote of censure was being debated was entitled to be heard during the debate, and that the right to be heard included being heard personally or through a counsel.

The Speaker after consultations with the Leadership of the House, subsequently referred the Motion to an Eight Member Bipartisan Ad-Hoc Committee with Dr Dominic Akuritinga Ayine, Member of Parliament for Bolgatanga East for the Minority Caucus and Mr Kobina Tahir Hammond, MP for Adansi Asokwa, for the Majority Caucus as co-chairmen.

Mr Sam George, MP for Prampram, appealed to the Speaker to ensure that the sitting of the Committee was telecast live to Ghanaians to ensure transparency.

Tourism Authority to aggressively promote made in Ghana products

Black Stars will be supported to succeed – Finance Minister