News Ghana
Home Featured Articles Rumor Mill Has WHO ever kept U.S. in dark about COVID-19?

Nothing in the response to COVID-19 by the World Health Organization (WHO) has been “hidden from the U.S., from day one,” WHO Director-General Tedros Adhanom Ghebreyesus has said, rejecting Washington’s accusation that the agency had tried to cover up the pandemic.

Not only has the WHO published adequate details about the disease since the outbreak in January, but some U.S. health officials working full-time at the agency’s headquarters have been transmitting real-time information to the White House — evidence that Washington has known the truth from the very beginning.

Some 15 staffers from the U.S. Centers for Disease Control (CDC) have been seconded to the WHO since January, joining two U.S. officials assigned long-term, which is a sign of the agency’s transparency, Tedros told a news conference on Monday, adding that “all countries get information immediately.”

Additionally, senior health officials appointed by U.S. President Donald Trump also consulted regularly with the WHO at the highest levels as COVID-19 erupted, according to a Monday report by The Washington Post.

In a memo dated Jan. 29, Trump’s trade adviser Peter Navarro warned that “the lack of immune protection or an existing cure or vaccine would leave Americans defenseless in the case of a full-blown coronavirus outbreak on U.S. soil.” This is the highest-level alert known to have circulated in the West Wing, The New York Times reported earlier this month.

The “risk of a worst-case pandemic scenario should not be overlooked” given the information from China, Navarro emphasized in the memo.

Meanwhile, the WHO, as a specialized organ for global health, has striven to fulfil its purposes of collecting information on COVID-19 and issue timely warnings.

On Jan. 5, the WHO published its first disease outbreak news on the new virus, including a risk assessment, advice, and China’s reports on the virus, two days after China informed the organization as well as relevant countries and regions of the outbreak.

On Jan. 12, the agency said in a press release that “China shared the genetic sequence of the novel coronavirus, which will be of great importance for other countries to use in developing specific diagnostic kits.”

Tedros told a press conference on March 11 that “COVID-19 can be characterized as a pandemic,” after he declared the outbreak a Public Health Emergency of International Concern (PHEIC) at the end of January, sending the highest level of alarm.

The WHO quickly declared a PHEIC and classified COVID-19 a pandemic soon after, tweeted Lawrence Gostin, public health law professor at Georgetown University, adding “US/Europe had time to prepare. They didn’t! Easy to blame @WHO, but it’s our fault.” Enditem 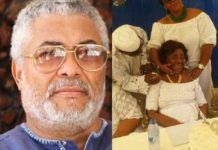