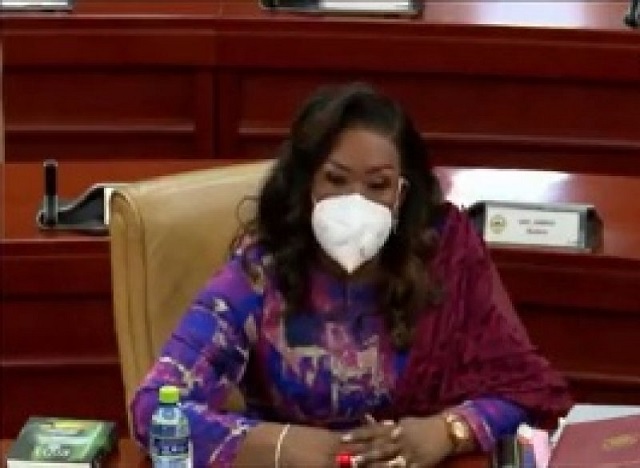 Dr Kingsley Nyarko, Member of Parliament for Kwadaso, has expressed confidence in the ability of the Minister-designate for Fisheries and Aquaculture to deliver when given the opportunity.

He pointed out that the capabilities of Madam Hawa Koomson, to solve pertinent issues was not in doubt since she had been able to demonstrate it in many areas of endeavour.

Speaking to the Ghana News Agency in reaction to criticisms from a section of the public that Madam Koomson failed to impress the Parliament’s Appointment Committee during her vetting, Dr Nyarko said such criticisms were unfounded.

Many people have argued that Madam Koomson did not only sound fluent in the English language but also, she did not appear to know what was at stake at the Ministry she had been designated to head.

However, Dr Nyarko was of the opinion that it was only in Ghana that proficiency in the English language was equated to intelligence.

“If for some reasons you aren’t able to express yourself in the English language fluently, or exhibit mastery over it, then you’re considered a persona non grata.

This is very sad because proficiency in any language is not necessarily a measure of intelligence.

Intelligence transcends that,” he pointed out to the Ghana News Agency.

He stated that intelligence, in its basic meaning, refers to one’s ability to apply acquired knowledge and skill in solving problems.

“If you are eloquent in any language, but can’t solve life or societal problems, how useful is your eloquence?” he asked.

Dr Nyarko further explained that an intelligent person was not necessarily eloquent, neither was it the one who could write so very well.

According to him, an intelligent person was one who had demonstrable ability in solving problems, making society better and improving the lot of others.

The Kwadaso MP described Madam Koomson as an intelligent person, who had the ability to accept new challenges and deliver positive outcomes.

According to him, when Madam Koomson was appointed by President Akufo-Addo as the Minister for Special Development Initiatives, she discharged her duties perfectly and acquitted herself creditably.

He indicated that that was probably the reason why the President nominated her for this new position.

Dr Nyarko recalled how, when she was appointed Minister for Special Initiatives during President Akufo-Addo’s first term, she came to the University of Ghana and engaged some colleagues of his (Dr Nyarko) at the Business School who did survey (needs assessment) across the country and helped her to develop a framework that guided her to deliver.

“If this is not an act of intelligence, then tell me what it is? Look at the positive outcomes she produced at her ministry?

The dams in the villages, ambulances for all constituencies and stadia, places of convenience, and the many other social interventions across the length and breadth of the country,” he said.

Dr Nyarko stressed the need for Ghanaians to judge people based on their past records.

“Let us look at people’s record in the past, their resolve to transform and their propensity to deliver on their mandate.

The Appointments Committee should appreciate the fact that she came to the vetting without an academic or professional knowledge in fishing, yet she demonstrated interests and commitment to a charge, that when given the opportunity, she will deliver,” he stated.