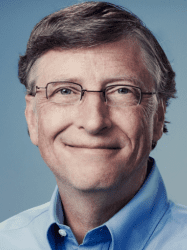 For the first time in the history of finance has the number of billionaires in the world surpassed 2,000, with over 67 countries now home to at least one person valued at more than $1,000,000,000. Hurun Global Rich List report. Their recent publication reveals that India has for the first time overtaken Britain and Russia in terms of the number of billionaires living in its borders.

Bill Gates, 59, is still the richest person in the world. His $85 billion keeps the Microsoft founder above Mexico?s Carlos Slim on $83 billion and Warren Buffett, in third with $76 billion.

Facebook?s Mark Zuckerberg broke into the top 10 for the first time with an estimated wealth of $44 billion. While of the 341 new entrants on to the list for 2015, just over a fifth were from China, home to 430 billionaires overall.

The US houses the most billionaires with 537, while New York is the single most popular city ? home to more super-high wealth individuals than in the whole of the UK.

North America also accounts for some of the most notable new entrants on the list. Snapchat founders Evan Spiegel, 24, and Bobby Murphy, 26, are the youngest on there, while the Uber and AirBnB founders also made the list this year.

While 649 people on the list had seen their wealth increase since last year, 869 saw it drop ? and 95 dropped out of the list altogether.

Leading them were the Russians, with the Rouble collapse accounting for a loss of wealth among 60 per cent of all Russians on the list.

Hoogewerf said: ?Tech has been leading the way again for new billionaires. It?s all eyes on the new economy.?

As a new feature for this year, Hurun has included an index for each billionaire to describe how they came to their monumental wealth.

Warren Buffett, for example, gets 5 out of 5 on his ?Self-made scorecard? after working his way up from his grandfather?s grocery store via jobs as a paperboy and car washer.

Mark Zuckerberg, Bill Gates, Twitter?s Jack Dorsey and GoPro?s Nicholas Woodman are among the billionaires ranked 4/5 ? meaning they had a ?helping hand? from parents ?such as through private education?.

With $13 billion, media tycoon Rubert Murdoch makes joint-94th on the list, and is ranked a 3 for being self-made after ?inheriting a small business and growing it big time?.

The list is produced annually by Hurun Report, a publishing empire founded by the Durham and Eton-educated Englishman Rupert Hoogewerf under his Chinese name Hurun.