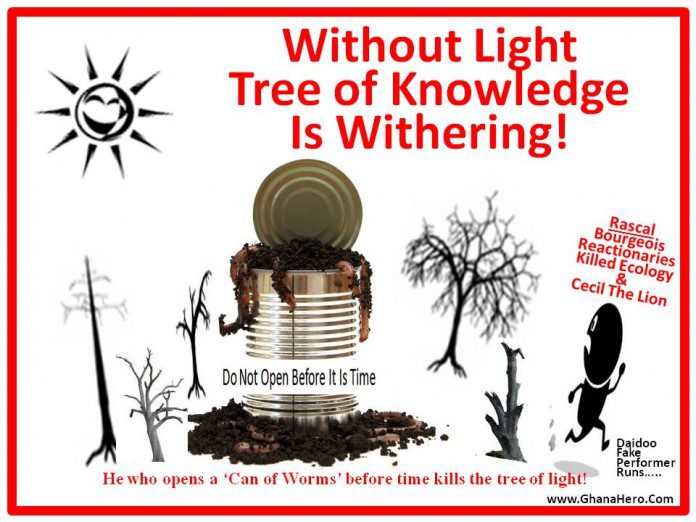 The Alaska Permanent Fund: Socialism in a Republican State in Capitalist USA!

?What we?re doing… (in Ghana)… is returning a share of resource development…(cedis)… back to the people who own the resources. Our constitution mandates that as you develop resources, it?s to be for the maximum benefit of the people, not the corporations, not the government, but the people of… (Ghana)….? (Republican Sarah Palin, paraphrased by Prof Lungu for Afia Ghana). Dear reader, as titled, our series of essays is part of our effort to debunk the lies and smears perpetrated by the Ankrah-Kotoka-Afrifa-Harlley-Busia NLC-military junta that overthrew Kwame Nkrumah in 1966 in order to justify their treasonous actions. It is also part of our effort to show that Kwame Nkrumah’s vision and plan for the development of Ghana are as relevant today as they were in the 1960s when they were refined and codified in actual construction projects and the 7-Year Development Plan, among others. As well, in this 3.0 version of the series and others we will publish in the future, we are bringing readers philosophical groundings and actual examples of socialist practices in capitalist societies.

We are showing that British-Ghanaian Phillip Kobina Baidoo version of unadulterated capitalism/liberalism being the most superior economic/political system for all mankind is a mirage and illogical hoax not worth even 25% of the brain of the policy analyst he represents himself to be. Rather, we are showing that a Mixed-Economy that combines the best features of capitalism and socialism is what actually exist in the European countries, as well as in capitalist Canada and USA. In other words, if any entity or individual tells us a liberal or capitalist economy will more quickly banish poverty, illiteracy, and disease; and reduce disparities in incomes among Ghanaians, we should know that we are in the presence of a con-man who will outright sell Ghana for $25,000, just as they sold the Kwame Nkrumah project for Ghana, for Bags of USAID wheat and balance of Akosombo Dam loan that was never drawn by Kwame Nkrumah and his CPP government, before the overthrow in 1966.

Enough of the introduction!

ENVISION GHANA DOES NOT NEED 40 YEARS

Dear reader, imagine if the NPP and NDC politicians had bothered to faithfully and assertively bargain to set up the Ghana crude oil contracts the way Alaska’s politicians did in back in 1976, for Alaskan oil and pipeline. And for gold mined in Oboasi and Tarkwa. Imagine knowing every year exactly how much Ghana receives from the sales of gold and crude oil, and other resources. More important, imagine actually receiving cash-money (checks in your bank account) because you are from Kwame Nkrumah’s Ghana and you, as a freedom-loving and hard-working individual in Africa, have shares in those Ghanaian resources.

It should not take 40 years!

It should not need a 40-Year Development Plan!

THE ALASKA PERMANENT FUND: SOCIALISM IN A REPUBLICAN STATE

“Alaska is a land of rugged individualists ? Republicans all the way. However, a little known fact is that Alaska taxes the oil and gas corporations operating there and distributes the proceeds on an annual basis equally among every man, woman and child living in the state.

The biggest farce of all is that Tea Party touter, Governor Sarah Palin, slapped an excess profits tax on the state?s oil companies in 2008, the year she ran for vice-President alongside John McCain, so that every person in Alaska received a dividend of $3269 that year. That was a pretty good haul for a family of four: $13,076. For Palin?s family ? husband Todd, sons Track and Trig and daughters Bristol, Willow and Piper ? it came to an even better haul ? $22,883!

Let me be clear. I am totally in favor of institutions like the Alaska Permanent Fund and think they should be extended to the entire US which would guarantee every American citizen a basic income which would come from things we all own in common like oil and mineral deposits, the electromagnetic spectrum and the air we breathe. But someone like Palin, who presided over a plan that taxed corporations and distributed the proceeds to each citizen of Alaska while at the same time taking humungus speaking fees to egg on the Tea Party with anti-tax, anti-socialist and free market rhetoric, is nothing but a super hypocrite, someone beyond the pale ? in.

Jay Hammond, the Governor of Alaska from 1974 to 1982 is the father of Alaska?s Permanent Fund. He conceived and then persuaded voters and legislators in a state of rugged individualists to adopt the world?s first dividend paying fund of the sort that American forefather Thomas Paine envisioned. Paine in his pamphlet Agrarian Justice proposed a guaranteed basic income, a precursor of Social Security.

Although supposedly ideologically opposed to such a plan, Alaskans approved it and it has proved to be a big success and very popular despite the state? s supposed rugged individualistic ethic. They thought it was a pretty good idea to get a check for over $1000. in the mail every year or, as is done today, a direct deposit wired into their bank account.

Since 1980 the fund has grown from $900 million in assets to over $44 billion today. It has paid yearly dividends to Alaskans that have regularly exceeded $1000. As Hammond conceived it, it enabled Alaskans to benefit from the many natural resources they owned in common rather than let private corporations, who are in the business of exploiting those resources, be the only beneficiaries.

The dividends from Alaska?s fund have stimulated the economy from the bottom up rather than from the top down and have virtually eliminated poverty within the state. Alaska is economically one of the most equal states in the union.

But Palin is such a hypocrite. When asked by Sean Hannity about the inconsistency of her actions as Governor and her rhetoric as the queen bee of the Tea Party, Palin said ?What we?re doing up there is returning a share of resource development dollars back to the people who own the resources. Our constitution mandates that as you develop resources, it?s to be for the maximum benefit of the people, not the corporations, not the government, but the people of Alaska.? Very well, but then why all the rhetoric that extolls private over public interests and lowering as opposed to raising taxes on corporations?

Contrast this with what Palin told a Tea Party crowd on September 4, 2011: ?So, to make America the most attractive and competitive place to do business, to set up shop here and hire people here, to attract capital from all over the globe that will lead to an explosion of growth, instead of chasing industry offshore, I propose to eliminate all federal corporate income tax.?

I suppose this doesn?t include the Alaska Permanent Fund user?s fee because it is not strictly speaking a tax. It?s a user?s fee! The fees charged the oil and gas corporations operating in Alaska are owed to the owners of the resource who happen to be the citizens of Alaska. This defies those like Tea Party activists who would privatize everything. But Palin would privatize everything as long as it was not her ox that was being gored!

Palin?s rhetoric extolling the free market economy and lowering taxes on corporations flies in the face of the reality in her own state of Alaska. Her mouth is disconnected from her reality on the ground. The fact of the matter is that Alaska?s reality should be extended to all citizens of the US who are the true owners of America?s resources. There should be a permanent fund which collects monies owed to the American people and distributes them to every man, woman and child.

Right now public resources rightfully owned by the American people are being privatized and profited from by large corporations feeding an ever increasing inequality. Royalties from the extraction industries are not anywhere near as high as they should be. They should go into a people?s fund. Norway imposes a 50% tax on oil extraction which is put into its sovereign wealth fund which provides pensions and benefits for the Norwegian people. Of course, fossil fuel resources should be left in the ground in order to forestall global warming but that?s a subject for another day.

The disconnect between right wing rhetoric and left wing reality is seen not only in Alaska but in Kentucky where the Kentucky version of Obamacare known as Kynect is hugely popular for what it accomplishes for the citizens of Kentucky. But on the rhetorical level Kentuckians all hate Obamacare. Mention Obamacare and they will lapse into a dither of denunciation. It is pretty pathetic that people will get so worked up over a name while loving a service provided as long as you call it by a different name.

As Peter Barnes points out in his book, With Liberty and Dividends for All, nothing is realized for the benefit of the people from the electromagnetic spectrum which is given away free to corporations. Nothing is realized for the co-owners of the system (us) that protects intellectual property and supports the financial system. A financial transaction tax (or user?s fee if you prefer) could partially fund a dividend for the American people.

Money creation, supposedly the province of the Congress, has been delegated to private banks who do it by the process of fractional reserve banking and for their own private profit. It should be done by the representatives of the American people, as specified in the Constitution, with the profits going to the American people via a sovereign wealth fund instead of to the private banks.

Co-ops and other forms of common ownership by worker/owners should make a portion of profits directly payable to worker/owners instead of holding the profits or spending them in common for them. This spreads the wealth rather than holding it in trust. A public bank could distribute its profits as dividends to the public that owned it instead of all the profits from banking going to Wall Street.

Rich people live off of dividends paid to them in one form or other from their accumulated wealth. Public wealth is owned by the citizens of the US collectively. To receive a dividend from their co-owned wealth would tend to ameliorate the growing inequality of wealth ownership in the US and supplement middle class incomes.

Every citizen should be in a position of deriving at least a part of their income from co-owned wealth, especially since income from jobs is going downhill due to automation and outsourcing. It would eliminate poverty, provide a basic income guarantee, stimulate the economic system from the bottom up and restore the middle class.”

?Prof Lungu is Ghana-centered/Ghana-Proud. We are more than talk. We are data-driven!
Prof Lungu is based in Washington DC, USA.

He Who Opens “Can of Worms” Before Time Kills Tree of Light! (3.0)
“The Alaska Permanent Fund: Socialism in a Republican State in Capitalist USA!”

Quiet mode: Giving People Control Over Their Time, What They See on Instagram

Nigeria does not have time but has time

Maison Novague Is Creating A Fashion Legacy, One Dress At A Time