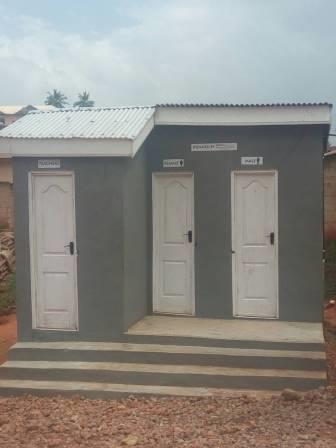 Ms Gifty Tawiah, Headmistress of Asikam Presbyterian Primary School in the Abuakwa South Municipality of the Eastern Region has called on government and other organisations to help build a toilet facility for the school.

She said the school, with a population of 400 pupils, was using a dilapidated two-seater squatting toilet facility which was inadequate in serving its purpose.

Mrs Tawiah told the Ghana News Agency in an interview, that a little fund had been raised to provide a 10-seater toilet facility for the school.

Mr Prince Kissie, the Eastern Regional Director of the Department of Environmental Health and Sanitation of the Regional Coordinating Council (RCC) said it was unhealthy for over 400 pupils to use a two-seater toilet facility.

He noted that to maintain hygiene and prevent the spread of diseases such as faeco-oral diseases, dysentery, typhoid, worm infestation, and cholera, it was ideal to build a 28-squatting-hole toilet facility to serve at least 200 students

Mr Kissie explained that the 28-squatting-hole toilet facility consisted of 14-squatting holes for males and the same for females, adding, “it will reduce waiting time and foster learning activities because too much time won’t be wasted on