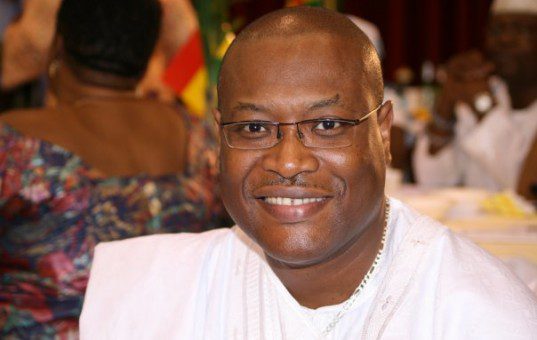 Mr. Alexander Segbefia, the Health Minister, who broke the news said 30 of the ambulances had already arrived and would soon be distributed to the various districts.

The NAS, which was established in year 2004, and initially operated seven ambulance stations, currently has 130 stations, nationwide.

The Minister said the goal was to ensure that everybody had access to pre-hospital emergency care services.

He was speaking at the passing-out ceremony held for 288 newly recruited emergency medical technicians (EMTs) and paramedics at the Paramedic and Emergency Care Training School (PECTS) in Nkenkasu, in the Offinso North District.

The occasion was also used to officially inaugurate the training school – the first emergency medical technical school in Ghana and the West Africa sub-region.

Mr. Segbefia underlined the determination of his ministry to administer, maintain and operate a nationwide comprehensive emergency medical services to reduce deaths, injuries and permanent long-term disability among the people.

This, he indicated, would be done through a fully integrated and cohesive network of related components that provided arrangement for personnel, facilities and equipment for effective health care delivery under emergency conditions, occurring as a result of patient’s condition, natural disasters or other causes.

He said the establishment of the training school was to provide the required human resources and build the capacity of the NAS to offer efficient pre-hospital emergency care.

Mr Segbefia praised the Offinsohene, Nana Wiafe Akenten III, the Member of Parliament (MP), Mr. Augustine Collins Ntim, and the District Chief Executive (DCE), Mr. Samuel Kwadwo Appiah-Kubi for the roles they played to get the facility built in the area.

He cautioned the trainees against the misuse of siren, particularly when they were not responding to any emergency.

Mr. Appiah-Kubi pledged to give the needed support to the school and appealed to the health ministry to expand structures there to accommodate more trainees.

Nana Wiafe Akenten III, in an address read for him, said the school was a dream come true and an opportunity for the youth to train as paramedics