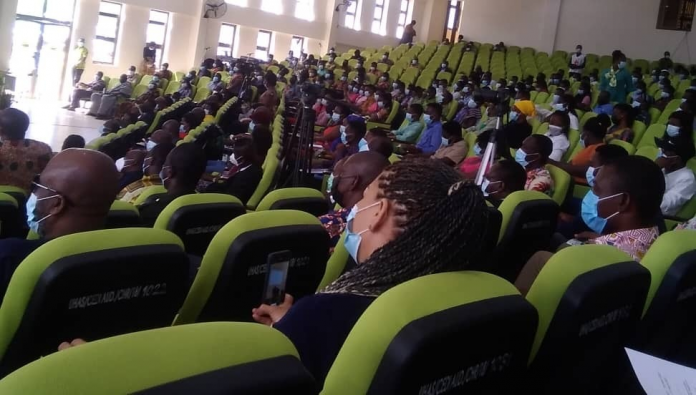 Dr Anarfi Asamoa-Baah, Presidential Coordinator, COVID-19 Response, has said future training modules of health professionals should hinge not only on the biomedical sciences, but behavioural sciences as well.

He said infusing social sciences and the humanities into the training of doctors and researchers would mould them into understanding the socio-cultural concepts, norms, values, the economic dynamics of health administration among others towards making them all-rounders and full-fledged professionals to serve at any position.

He said many doctors lacked the understanding and dynamics of the cultural make-up of Ghanaians and what shapes their behaviour resulting from their training.

Dr Asamoa-Baah, said these during the Fifth Leadership Lecture Series 2021, at the University of Health and Allied Sciences (UHAS) in Ho.

The lecture in memory of the late Professor John Evans Atta Mills was under the theme, “The Nexus of Politics, Power, People and Partnerships in Promoting Good Health”.

Dr Asamoa-Baah, also a former Deputy Director-General, World Health Organisation, said political leadership should envisage the health sector as a development entity without which government’s aspirations for the people cannot be met.

He said politics and health were inseparable and a social determinant of the welfare of the people, insisting politics dovetails into health but health was a-political.

The Presidential Coordinator who described Prof Mills as a visionary leader who believed in the youth, said the next 20-30 years would be complex and sophisticated with challenges in the health sector, due to population explosion.

He said urbanisation and high population figures would mean lack of water, increases in air, water and noise pollution, changing diets with high concentration of salt and sugars leading to cardiac problems and hypertension.

This would be complicated with the lack of exercise as well as glamorous consumption of alcohol, substance abuse, increasing road accidents and injuries with high chronic illnesses, Dr Asamoa- Baah added.

He urged politicians to be well-positioned to address these issues when “we get there.”

“Politics is about governance, public life, conflict resolution and power.”

He said “health is a team sport and every player matters,” should be a guiding principle for politicians.

He said despite the age of UHAS compared to existing Universities in the country, it continued to play frontal roles in the fight against the coronavirus pandemic, an indication that given the rightful investment opportunities, beyond the skies would be the starting point for progress.

Prof John Owusu Gyapong, Vice Chancellor of UHAS, said the topics illuminated the ideals of the theme calling for the need to inculcate social sciences and humanities into the training of doctors and researchers, saying “to survive we need to build partnerships to impact positively the community and be nation minded to training health professionals”.

He said the institution envisioned to become a pre-eminent research and practically oriented health educational institution dedicated to community service as enacted by ACT 828 of 2011.

He said the second phase of construction works had started, but grounds would be broken officially in June, to denote progression of work.

Prof Fred Binka, former Vice Chancellor of UHAS, called for the building of partnership that would feed into the nexus of politics, power, people and in promoting good health.

Mr Koku Anyidoho, Chief Executive Director of JEA Mills Institute, said the mockery and bickering that heralded the establishment of the UHAS in 2010 was giving way to reason and purposefulness, expressing the hope that the dreams of the initiator would be achieved with time.

He believed the next 10 would expose the full potentials of UHAS up to the international level as an astute University for allied health and the sciences.

He said the vision of inclusion of sports and exercise medical science, first of its kind in Sub Saharan Africa was the depth of a visionary leader and a statesman.

Dr Asamoa-Baah was awarded an honourary Doctor of Science degree during UHAS Congregation on Saturday, where some 546 students graduated. 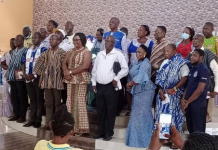 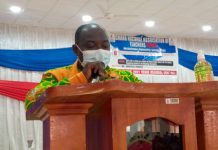 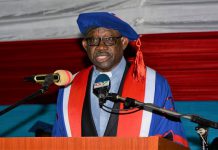 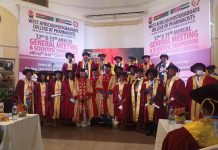 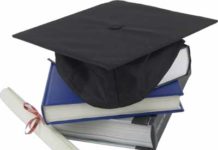