Hearts of Oak managed a slim 2-1 win over third-tier side 9090 FC in a pre-season friendly on Sunday in Elubo.

Striker Mahatma Otoo opened the scoring for the Phobians on 26 minutes but Issifu Iddrisu drew 9090 on level terms.

C.K Akonnor?s side returned from the break fortified and duly scored the winner through defender Seth Owusu.

Mahatma Otoo was fouled at the edge of the box and Owusu elected himself to rifle a powerful drive.

Hearts are undefeated in a four-game run in pre-season. 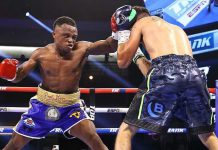