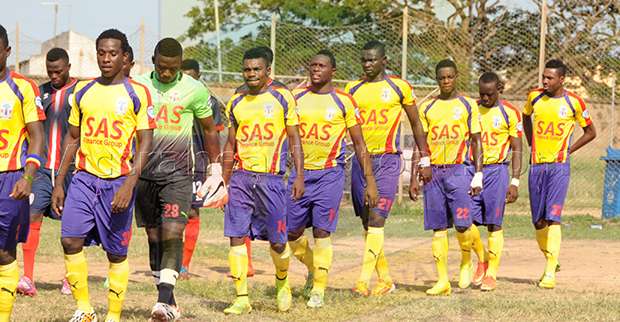 In what fate awaits them if they fail to make big-name signings in the off-season, Ghanaian giants Hearts of Oak suffered a humiliating 4-1 defeat to fellow Premier League campaigners West Africa Football Academy on Saturday in a pre-season friendly in Sokakope.

The Phobians, facing their first real test since Japanese coach Kenichi Yatsuhashi took over, the Accra-based club were left chasing shadows against the fast youngsters from the academy.

The game played in three halves with each half lasting 30 minutes, exposed the lack of depth in the Hearts squad and brought to the fore the urgent need for augmentation otherwise they will flirt with relegation.

However it was the Phobians who took the lead when their Ivorian captain Robin Gnagne who opened the scoring through the spot kick.

But the rest was complete hammering for the Phobians as the academy boys took charge of the game with their pace and trickery leaving the Japanese coach of Hearts in wonderland.

They drew level on the half hour mark before their total dominance produced three further goals – exposing the lack of cohesion and few talents in the Phobian squad.