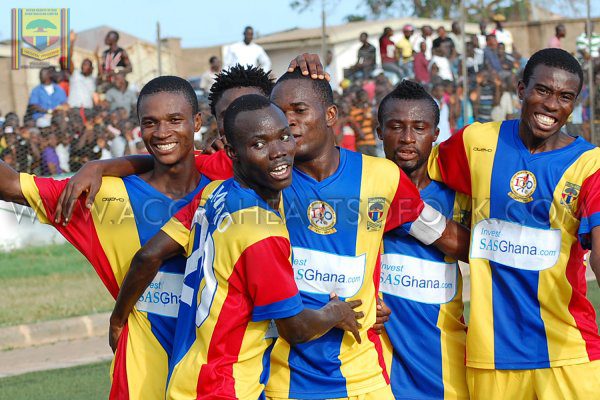 The Phobians who played home away from home because of a ban for misconduct in and after a match against New Edubiase in June 2014, had Gilbert Fiamenyo power them to victory in the 57th minute.

The bulky striker who has been immensely criticized by fans for his weight becomes the first goal scorer in the 2014/2015 First Capital plus league season.

The Apostles of Ghana football were shot into the lead in the 83rd minute by a shot from Isaac Danso.