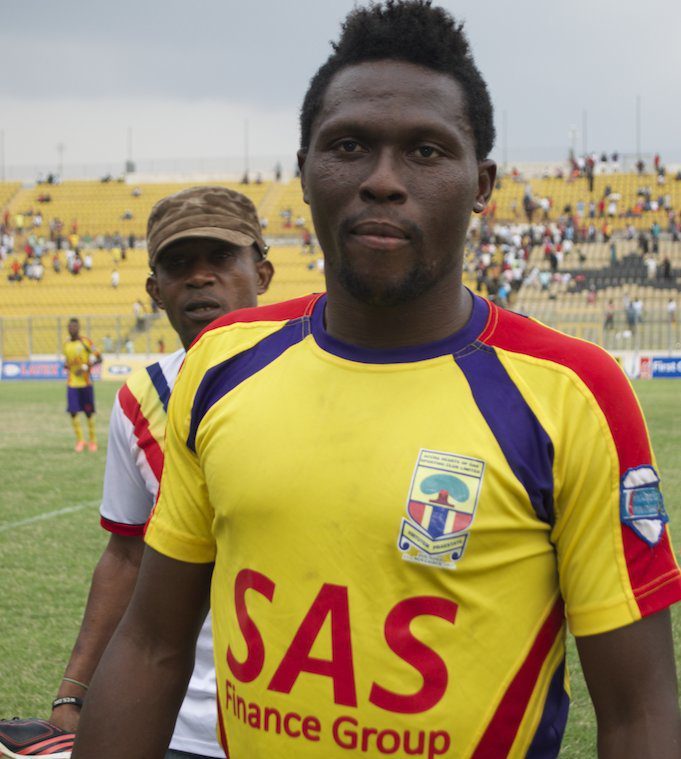 Hearts of Oak striker Gilbert Fiamenyo insists he is fully fit despite claims by his coach he wasn?t in the best of shapes ahead of the game against Esperance.

The bulky striker was a surprise omission from Herbert Addo?s starting line up in their second leg CAF Confederation Cup clash against the Tunisian giants over the weekend.

Fiamenyo was Hearts? best bet for the goals they so needed in order to progress at the expense of Esperane, hence the surprise by many of his bench warming duties on Saturday.

Coach Herbert Addo explained the 23-year-old?s inability to train enough in the lead up to the game against Esperance due to fitness issues was the reason behind Fiamenyo?s starting role snub.

But the former Heart of Lions hitman has rebutted these claims ? insisting he is fully fit and indeed trained all week.

?I never missed a training session before the Esperance game so I am surprised by claims that I was not fit,?

?I don?t necessarily have to speak to the coach all the time on the training grounds but I can tell you I trained.

?I am very healthy. I was thinking my role as a substitute [for the Esperance match] was purely tactical because I have no problems at all with my fitness.?