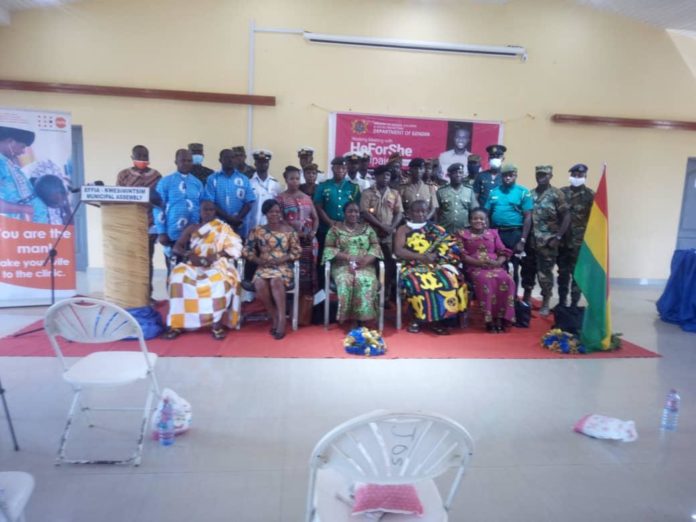 The Department of Gender under the Ministry of Gender, Children and Social Protection (MOGCSP) has launched the Western Regional edition of the HeForShe Campaign to ensure a solidarity platform for the advancement of gender equality, initiated by the United Nations (UN).

The objectives of the Campaign was to engage men and boys as agents of change in reducing inequalities related to gender across communities in the country, harness the responsibility of men in the gender equality agenda to spread awareness and inspire action to eliminate discrimination against women.

It was also to promote women’s rights through the support of men and boys and encourage men and boys to sign on to the online He-for-She Campaign.

The Campaign launch was used to meet HeForShe Campaign advocates with presentations by resource persons, plenary sessions and group activities to engage men and boys on the need to support the gender equality agenda.

At the end of the meeting, participants were expected to have a better understanding of the concept of gender and become agents of change in their various societies, to be willing partners with women towards achieving gender equality and to sign on to the online HeForShe Campaign.

HeForShe is a solidarity movement for gender equality that engages men and boys as advocates and stakeholders, to break the silence, raise their voices and take action for the achievement of gender equality.

It was launched by the UN Secretary General in 2014, with about 2,445 having so far committed to the campaign.
The objective of the Campaign is also to promote the implementation of Sustainable Development Goal (SDG 5) which aims at achieving Gender Equality and Empowerment of all Women and Girls.