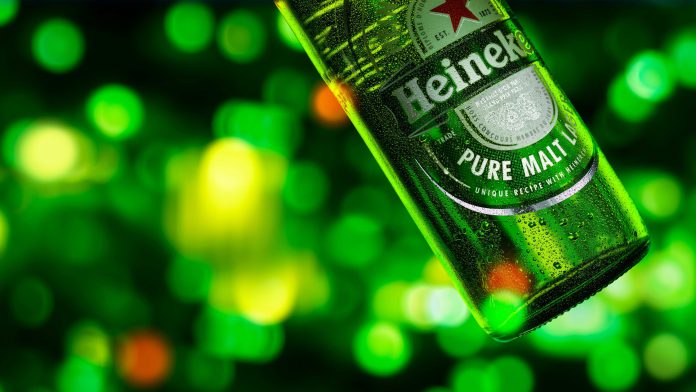 The effect from lower on-trade volume in Europe was more than offset by the performance of other regions and continued cost mitigation efforts.

The Heineken brand had a strong performance, well ahead of the overall market, growing 12.1 per cent in the quarter, the company said in a statement. Volume grew by double-digits in more than 40 markets, including Brazil, South Africa, China, Vietnam, Nigeria, Colombia, Argentina, France, Poland and Laos.

In Africa, the Middle East and Eastern Europe, beer volume increased organically by 9.9 per cent, with most markets contributing, with a particular strong performance in Nigeria and South Africa. Premium portfolio grew by double-digits, driven by Heineken.

In the Americas, beer volume increased organically by 0.8 per cent in the quarter due to the growth from Mexico, the US, Peru, Ecuador and Panama, offsetting the decline in Brazil. The premium portfolio grew by double-digits, led by Heineken and Amstel Ultra.

In the Asia-Pacific region, beer volume increased organically by 5.4 per cent, driven by the double-digit growth of Vietnam, Singapore, Laos, Taiwan and South Korea. This was partially offset by the decline in Cambodia and the restructuring of business in the Philippines.

The premium portfolio increased in the double digits, driven by Vietnam.

In Europe, beer volume declined organically by 9.7 per cent, driven by a decline of around two-thirds in the on-trade as lockdowns were in place throughout the entire quarter. The off-trade grew in the low-teens, with continued market share momentum in most markets.

The company noted that the outlook statements remain unchanged. Its business continues to be significantly impacted by the consequences of the Covid-19 pandemic. It expects market conditions to gradually improve into the second part of the year, depending on the roll-out of vaccines.