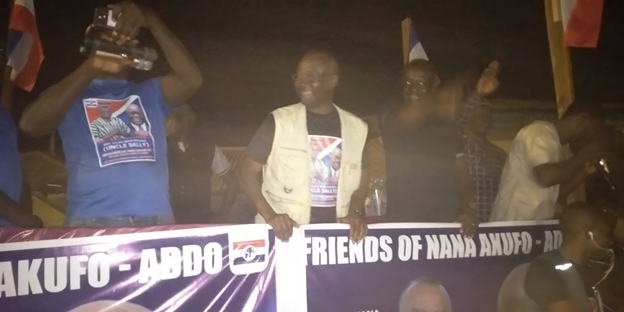 Mr Adam Salifu Braimah, Savanna Regional Minister has urged the people in the area to reciprocate the developmental gesture of the NPP government and vote to maintain it in power.

He said the government of Nana Addo Dankwa Akufo-Addo, had demonstrated great commitment to improve the living conditions of the people in the area and there was the need for them to vote in unionism to retain the NPP in power to continue with the good works.

Mr Braimah, who is also the Member of Parliament (MP) for Salaga South made the call at a community political rally at the Salaga market and said after several years of neglect, the NPP was working to put Salaga on the map of development and they should work to ensure that the government remained in power to continue with the development agenda set for the area.

Mr Braimah said water, which was the biggest challenge for the people in the area would soon be a thing of the past, following the completion of a water project in the area and reminded residents that for the first time in history, the people of Salaga got their own region and a Minster to boast of and government was also working hard to improve the road network to open up the area for investment and development.

Mr Braimah thanked the people for the confidence they reposed in him and urged them to come out to vote for him and the NPP in the December elections.