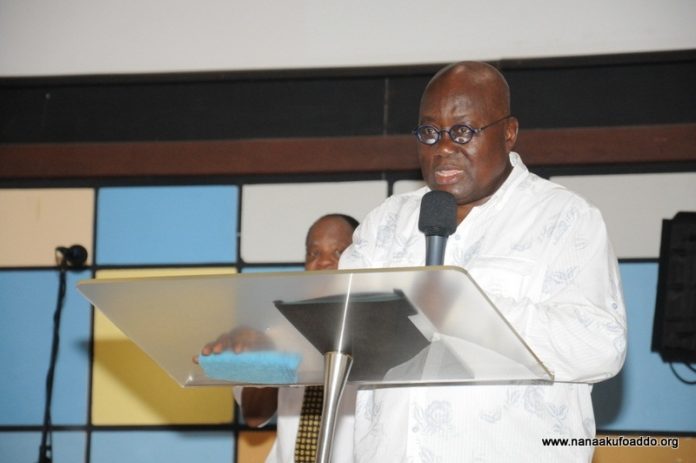 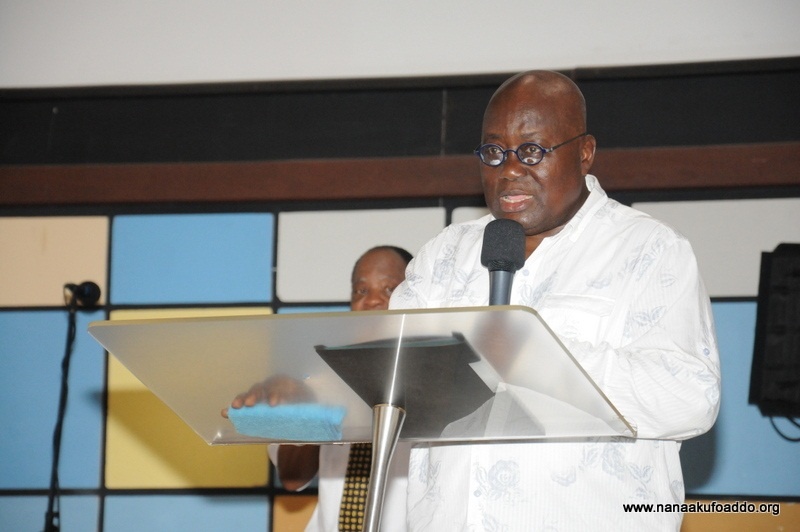 The flag bearer of the New Patriotic Party (NPP) Nana Akufo-Addo has encouraged the Ghanaian electorate to emulate Americans by voting the opposition into power.

Donald Trump of the Republicans beat ruling Democrats’ Hillary Clinton to become the 45th president of the US.

Akufo-Addo believes the change of government in the ‘Free World’ should spur Ghanaians on to give the opposition a chance to rule.

“Our first duty is to protect the interest of the population… I can sense a great deal of desire for change in this room,” the former Attorney General told members of the Ghana Union of Traders Association (GUTA) as part of his campaign.

He added: “Everybody should come and ride on the back of the Elephant. The Elephant has entered the White House let us get the elephant in the Jubilee House – Ghana’s seat of government.”

Nana Akufo-Addo is eyeing the presidency for the third time after tasting two defeats in 2008 and 2012 against the late Professor John Evans Atta Mills and John Mahama respectively. A win for him in the 2016 elections will render Mahama as the first one-term president under the Fourth Republic.

Elephant in the room: The ETHICS of a Regulator joining an Operator