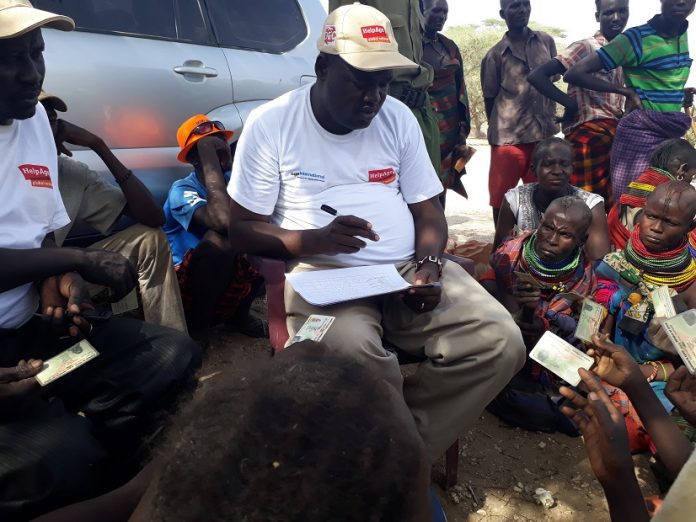 HelpAge International has began providing assistance to vulnerable older people and their families most affected by the devastating drought in Kenya’s Turkana County. 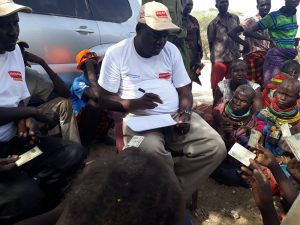 Described as the worst in decades, assessments by HelpAge and its partners found that water purification and livestock feed are needed urgently, and HelpAge will be providing cash assistance to households that include older people.

Lack of vegetation on which livestock can graze and few water sources to drink from has left pastoralists struggling to keep their animals alive.

“The drought has meant limited access to food and clean water, while much of the livestock is dead or on the brink of death. There is a critical need to save what remains. It is these urgent needs that have informed our response,” said Dialogue Kubvoruno, Regional Emergency Programme Manager at HelpAge International.

Turkana County, like most of these affected areas, has suffered two seasons of rainfall failure, leaving 276,200 people at risk, according to the January 2017 National Drought Management Authority (NDMA) short rains assessment.

Pastoral communities have been particularly affected as they rely on livestock for food and milk, as well as selling animals to provide an income.

“I have lost all my animals. All my 60 camels, over 100 cows, and over 100 sheep and goats have been wiped out,” says 75-year-old Esirite from Kerio in south Turkana, adding that this is the worst drought he has experienced in over a decade.

The response comes against reported cases of close to 10, 000 Turkana migrating to neighbouring Uganda in search of pasture and water for their livestock.

According to the NDMA, if current needs are not met through a scaled up response, then food and water insecurity will be magnified.
Markets in the region are, however, functioning. Therefore, HelpAge has distributed KES 2.6 million to 880 households in Turkana’s central and south constituencies that include older people to distribute cash, reaching an estimated 4,500 people.

Each household is receiving of KES 3,000 every month for the next four months, which will enable people to buy food and other essential items where they are available. HelpAge’s assistance will also reach to the Turkana North constituency as the response progresses.
“Cash assistance gives people choice. It provides the dignity and flexibility to decide their own priorities,” said Kenyatta Maitha, Kenya Country Director at HelpAge.

“Not all relief supplied in emergency responses is suitable to older people – they may have difficulty chewing or digesting certain foods. By giving them money directly, they can buy the food that is right for them. Cash is the most empowering form of assistance.
“Security in the area remains stable too, and the government provided support to ensure the money can be distributed without any incidents.”

This support is made possible through the generous UK public, who responded to the appeals made by Age International through the Disaster Emergency Committee East Africa Appeal. This brought together 13 leading UK aid agencies that raised more than £50 million (KES £6.5 billion) to respond to drought in Kenya, Somalia and South Sudan.