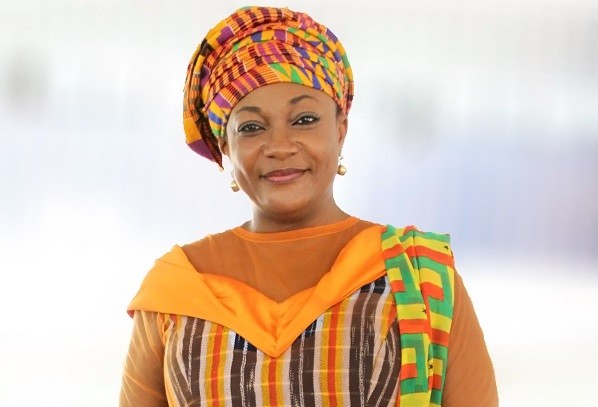 President Nana Addo Dankwa Akufo-Addo has been urged to demonstrate his commitment towards gender equality, equity and all-inclusive governance by giving more women and Persons With Disability (PWDs) the opportunity to serve in his government.

According to the Henry Djaba Memorial Foundation (HDMF), it was the opportune time for President Akufo-Addo who served as the African Union (AU) Gender Champion for Africa and Co-Chair of the Eminent Advocates of Sustainable Development Goals (SDGs) of the United Nations to justify his enviable credentials to the world.

She observed that it would increase their participation in the governance of this country and their representation and involvement in decision-making.

Madam Afisah Djaba said the Foundation upheld the need for Ghana to increase the participation and representation of women and PWDs in both the local and national government structures.

She said the appointment of a few women and one physically challenged person as Regional Minister for the Oti Region was commendable, but not enough to demonstrate the President’s commitment towards the promotion of all-inclusiveness and gender equality, especially as Ghana turned 64 years.

The former Gender Minister said Mr. Joshua Makubu becomes the third Minister with disability after the appointments of the former Regional Minister for Central Region, Mr Kwamena Duncan in 2017 and Dr. Henry Seidu Danaa as the Minister for Chieftaincy and Religious Affairs in 2013.

With about 41 more Ministers to be appointed, the Foundation called on the President to give special recognition to PWDs and women to ensure their fair representation and active participation in the decision-making processes of Ghana.

The HDMF Executive Director said, President Akufo-Addo who was also appointed by the former AU Chairperson, President Alpha Conde’ as the Chairman of the AU’s Committee on Gender and Development in 2017, and also the current Chairman of ECOWAS was expected to ensure that women and PWDs were well-placed within the scheme of national affairs especially in his second term as President of Ghana.

She said Ghana had over 3million PWDs representing 10 per cent of the population while women constituted over 51 per cent, but the nation after signing on to several international conventions, treaties and compacts was still struggling to place women and PWDs at where they rightfully deserved or create the requisite equal opportunities and recognition for them to harness their full potentials.

Madam Afisah Djaba said in Ghana’s House of Legislature (Parliament) where all critical decisions were discussed and formulated into laws, women’s representation since the country returned to constitutional rule in 1993 was still like a drop of water in the ocean.

She said the 30 per cent threshold (affirmative action) for women’s participation agreed upon by the Inter-Parliamentary Union and the 1995 Beijing Conference by the UN, was yet to have full expression in Ghana.

“To date there has never been a PWD in Ghana’s Parliament. The Henry Djaba Memorial Foundation places a high demand on President Akufo-Addo to appoint at least 10 per cent women and five per cent PWDs out of the 30 per cent of the Government appointees into the various assemblies in the next District Level and Unit Committee Elections in 2023”.

All the outcomes from all the elections fall below the 30 per cent minimum threshold. The time is apt for real change for equity, equality and inclusiveness for in particular women and PWDs in the development and government structures and there is no better person to ensure this at the moment than the President through his appointments,” she reiterated.

The Henry Djaba Memorial Foundation is an NGO promoting the interests, transformation and wellbeing of women and PWDs.