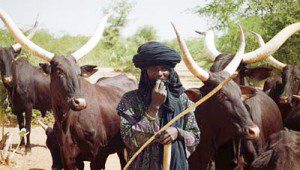 The people of Eke community, Udi Local Government Area of Enugu State is currently in an apprehensive mood a following the gruesome murder of a member of the traditional rulers? cabinet, Tamgbo Ogueji.

Aged 85,Ogueji, was allegedly shot in his farmland by suspected Fulani herdsmen in the early hours of Thursday over an undisclosed issue. The President-General, Eke Town Union, Mr. Anthony Enu,?who confirmed the incident, said the community was irked by this incident which has led to youths restiveness.

He said: ?Last year, the same Fulani herdsmen killed two of our brother, Matthew Aniugo and Chiagha Chigbo, in their farms. The town is boiling with youths who are angry now.

?We have reported the matter to the Police. We are calling on all relevant authorities to prevail on these Fulani herdsmen to ensure justice for our people?.

The Enugu State Police command, while confirming the killing through a statement by its spokesman, Mr. Ebere Amaraizu, DSP, said it had commenced full scale investigations ?into the circumstances surrounding the killing?.

?The deceased, identified as one Tagbuo Oguejiofor, believed to be about 85 years had on 19/3/15 gone to his farm located at Oma Eke in Udi with the wife when some men suspected to be Fulani herdsmen struck and killed him.