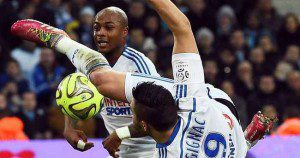 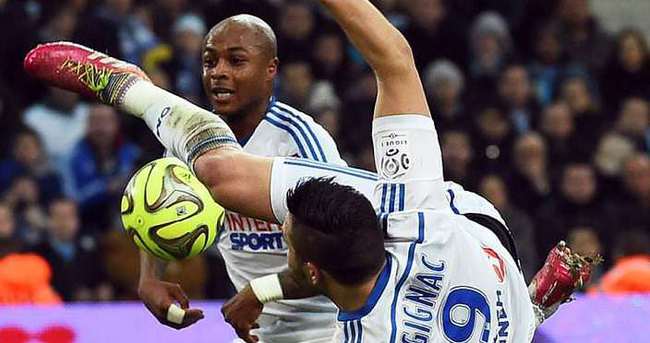 Gignac has described Andre Ayew as a motherf****r

Marseille striker Andre Pierre Gignac has launched a shocking scathing and unprovoked attack on Ghana star Andre Ayew, calling him a ?motherf*****? in a foul-mouthed tirade.

The giant French forward lashed out at Andre Ayew as well as his brother Jordan.

The controversial French player did not spare Ayew?s brother Jordan in the attack claiming the brothers moaned all the time they played for Marsielle.

But the attack comes as a shock to everybody as the Andre Ayew has previously not provoked the Gignac to warrant such a foul-mouthed attack on the Black Stars assistant captain.

Marseille duo Andre Pierre Gignac and Andre Ayew played together this season, but it seems the two don?t get on at all ? with Gignac allegedly calling his Ligue 1 teammate a ?motherf***er?.

It?s unclear whether we are actually after either player, but any chance we had of securing both men?s signatures looks to have flown out the window after this latest revelation. EXIT: Liverpool and West Ham target Andre Ayew is in talks with Swansea [GETTY] According to French Football, Gignac launched a scathing attack on the ex-Marseille forward, calling him a ?motherf*****? in a foul-mouthed tirade. Gignac told reporters: ?A motherf*****, he should get lost. With his brother, all they did was moan.? ?A motherf***er, he should get lost. With his brother, all they did was moan?

Ayew has been tracked by several Premier League clubs, but Swansea are in the driving seat to secure the Ghanaian international.

Ayew?s contract is due to expire at the end of June and is able to leave the French outfit on a free transfer.

The 25-year-old has netted 10 goals this term with a further six assists to boot and can certainly help fill the void left by Wilfried Bony and Nelson Oliveira.

Andr? Pierre Gignac on Andr? Ayew, per France Football: ?A motherf***er, he should get lost. With his brother, all they did was moan.?

You don?t often see players speaking so openly about their hatred for their team-mates, so this news suggests one ? or both ? of them are almost certainly on their way out of Marseille.

And that is the case for Andre who will not return to the French club after opting not to extend his expiring contract.

It would seem impossible for the pair to continue to play together after such an outburst, so something surely has to give.

At Least 10 Dead, Over Dozen Injured in Stabbing Attacks in Canada’s Saskatchewan

NDC calls for probe into attack on party office in Tamale