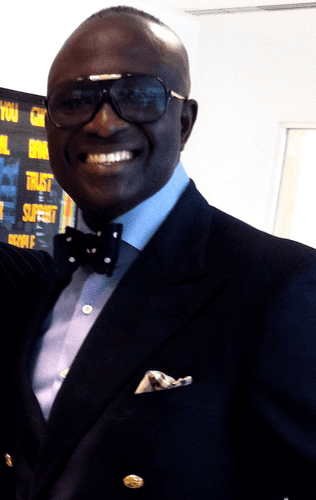 Rhythms range from sombre ?nsaase? (Palm wine high life) through ?ayeyi? (praise as heard in apostolic dance music) through ?mbosuo? and ?asabone? (provocative gyration-compelling beats). Producers, recording engineers and artistes have broadened the range of rhythms to include traditional Ghanaian music, Afro beat and adult pop in a bid to appeal to markets around the world.

Lyrical content ranges from the advisory, story-telling, love messaging to the braggadocio. Melodies are a variation of samples from pre-released highlife songs, direct copies and new creations of highlife by beat-makers and musical instrument-playing sound engineers.

Everyone who believes they have honestly contributed to creating something may claim they originated it.

With a musical genre, which is decidedly not classed under folk, it is only actual timelines, specific dates and discography, and/or venues for releases to each claim that will reveal the truth.

Who, when, what, where, how will serve this music genre well. In the meantime our energies will be best expended on forging ahead whilst the historians tabulate the timelines and pinpoint the protagonists.

For copyright purposes and clarity, he who releases their records first goes ahead in the queue for bragging rights; by which claim Gyedu Blay Ambolley who named his music Simigwa (1973) is a grand forebear of what would later meander its way onto the Ghanaian youth scene and Pops on The Move (GBC FM 95.7) the only radio programme on any radio station between 1987 and 1992 that played any sort of rap music in Ghana.

K K Kabobo who was made very popular on his all ten-regIon tour of Ghana on the nation?s biggest entertainment and tourism promotion programme The Embassy Double Do comes next in line for commendation.

As for the nomenclature HIPLIFE, it commenced circa 1991. After rapping on stage from 1987 through 1991 through all 10 regions of Ghana to liven the annual miss Ghana Beauty Pageants and National Dace Championships,

Gosh Chill MC, Roy Steel, MC Kofi, Gabby Adjetey, and Chief G (Jay Ghartey) Kwaku T, Bay-ku, Tinnie Quaye, Jake, Cil, Eddy Blay, Kwame Faakye who were like younger brothers/prot?g?s of Panji Anoff, Azigiza Junior former Finalist in the National Dance Championship whom I mentored to turn his attention to disc jockeying, Reggie Rockstone, Nananom, Akyeame in no particular order performed their craft to young audiences at student events. Some who got the opportunity to come on my radio or TV shows later came to be seen as part of a vibrant movement that was busily ?imitating? hip-hop. By some stroke of genius or serendipity their individual endeavours flourished into a movement which has become an income earner for young, enthusiastic talent throughout Africa.

They were busy reviving the good old genre Highlife for ?pop-induced Generation Xers and trendy Baby Boomers yet are all proud to give credit to the one who pushed that agenda the most through what became known as Burger Highlife: George Darko.

As the new wave of Highlife found favour and fame with Ghanaians at home and in the diaspora it became evident to the experimenting lyricists who looked mostly like wanna-be rappers from the Bronx, that the imitation of Hip-Hop would only serve as temporary import substitution. To make any worthy mark, those who rapped in Ghana would have to shift from rhyming over the imported music of the Western World and talking about what pertains overseas to tell the stories of home over rhythms and melodies from one of their own.

It is the application of Highlife music to RAP (What I have termed Rhythmic AFRICAN Poetry since 1980) that gave the genre an identity and following. One of the best examples of the genre to date is the music of Zapp Mallet serving as a comfortable bed of rose petals for the self-scripted rhymes of love by Akyeame then managed by Andrew Poku-Amankwah.

Whilst some performed their songs before and many continue to perform theirs after, the one artiste who spoke the most about the genre is former youth Karate Champion and breakdancer turned enthusiastic rapper and entrepreneur Reginald Osei aka Reggie Rockstone. His affable nature and fine command of both English and Akan made him the perfect fit for the face and voice of Hiplife. Other equally well-spoken enthusiasts of the Hip Life brand are Okyeame Kwame, Quophi Okyeame, Zapp Mallet and Mark Okraku-Mantey.

I only served as a keen promoter of the upsurge of talent in my motherland plus all things creative, cultural and stylish.I used the platforms that were available to me by virtue of my place in radio, television, cultural and national entertainment events at home and in the diaspora to lift and launch the careers of artistes. I guess I did this so much that I earned the displeasure of the authorities who could not understand between 1985 when I started work as a guest artiste to 1982 when I joined ABC Brewery Limited as a young gun in charge of Advertising and Promotions whilst maintaining my place as Executive Producer and Host of my eponymous television show KKD 45 and Producer-Presenter of my show Pops on the Move why rhyming over beats could be considered music anywhere.

I was banned from playing any rap music whatsoever on radio and TV and taken off air on two different occasions for persisting in my playing and promotion of unacceptable sounds on the national airwaves. This was inimical to the discovery and growth of new talent in rap as I was the only one playing rap on radio or television throughout The country. Glad this changed with the advent of private radio stations and greater freedom for presenters.

By the way in which month and year did Charles Amoah release Senyiwa with the dearly departed highlife singer Thomas Frimpong who also sang many of the Sikyi Hiplife songs produced by K Gyasi for his Noble Kings? In which year did Azigiza Jnr release Abena? In which year did Akyeame release their first recorded blend of rap on a highlife song? In which year did Nananom, Reggie Rockstone, Native Funklords, Hammer of The Last Two, Obrafuor, Marcus, Lord Kenya and others release their first rap in a highlife song on wax, tape, disk or chip in the Hiplife genre? They all deserve credit but remember; Timelines are crucial even with the silence of the lambs.

Hip Life: an infectious blend of the Ghanaian?s Highlife and the African-American?s Hip Hop owes its origin and growth to a GROUP of ARTISTES, DISC JOCKEYS, PRODUCERS & SOUND ENGINEERS. Let us not bring it down squabbling over who started it. The truth is in the timeline and discography. About time we gave them all credit as A GROUP who have helped establish a viable enterprise and income stream for Ghana, Africa and her diaspora.