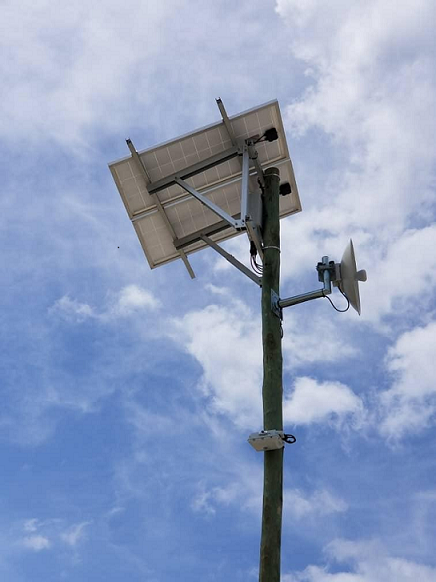 The Volta regional capital, Ho and some key areas in the region are witnessing the installation of community WIFI services by Bluetown Company Limited, a hi-tech telecos entity to boost digitisation and internet connectivity in rural Ghana.

Mr Brian Tsikpor, Director, Corporate Affairs, Bluetown briefing the Ghana News Agency in their entry into the Volta space said the Company was poised to deploy affordable and cheaper internet connectivity beyond the reach of the major telecos.

He said Bluetown started its operation five years ago and worked with the Ghana Investment Fund for Electronic Communication (GIFEC) and was eager to connect remote communities and schools, where internet connectivity was abysmal.

He said unlike the major Telecos, WiFI installations were built closer to the community due to connectivity to limited radius space.

He said Ho, Kpando, Hohoe, Jasikan, Nkwanta are benefiting while Yendi, Bimbilla and Bawku have been rolled out and the Company was entering Tamale and its environs soon.

Mr Tsikpor said the Western corridor including; Tarkwa, Cape Coast and Obuasi and Sunyani were on stream already with Koforidua, Kyebi, Amasaman being aligned to the Eastern corridor.

He said internet connectivity would be a basic need in the next few years to come and there was a high need to make investment in the industry.

“We could have stayed in Kumasi and Accra, but we decided to reach-out to the remotest parts of the country to augment connectivity praying the product will be accepted by the people since investments are huge.”

The Director said their services were ‘simless’ and the prime ingredient was an android cell phone and a laptop or computer.

“You only need to connect through a pop-up by mobile money or scratch cards through wIFI hotspots or vendors.”
Mr Tsikpor enumerated its clients as hospitals, schools including; tertiary, training Colleges, hospitals and administration of Senior High Schools.

He said Bluetown had eyes on home branding of broadbands replicating the Turbo Net and monitoring the concerns from its client base to roll out more affordable and cheaper alternatives.

He said the Company was fully licensed by the NCA and sought operating legitimacy from the Assemblies to do business.

Mr Prosper Pi-Bansah, Ho Municipal Chief Executive said the project was timely and had the potential to create employment avenues, fill the void left behind by the major telecos and bring equity in the deployment of internet services across the urban-rural divide.

He said the world was drifting to the internet of things, business and innovation and Ho or the country could not be left out as internet connectivity had become the game-changer for the world and rural Ghana could not be exempted.

The Bluetwon platform is already a global product and being used in Africa and ready for large-scale deployment in rural areas and expects to clock some 100 million clients in the next five years.