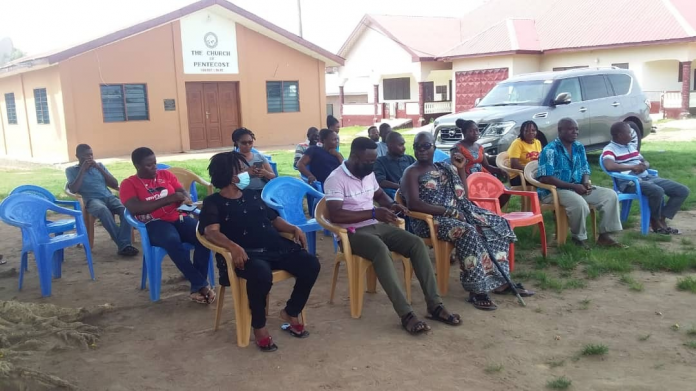 Mr Benjamin Komla Kpodo, the Member of Parliament (MP) Ho Central, says he is disheartened by the delay in the construction works on the Ho-Sokode dual carriageway.

He said the project, which began in 2016, should have been completed by now, adding that the delay in its completion had made it difficult for motorists to ply the road due to its muddy and dusty nature.

Mr Kpodo, who was speaking during an engagement with the Chiefs and people of Lokoe, a suburb of Ho, as part of his “Thank You Tour”, said the completion of the road would ease the burden on motorists and opened the area for development.

The MP expressed gratitude to the Chiefs and people of the community for the unflinching support in the 2020 election and for retaining him as MP.

He presented 20 bags of cement to the people to help facilitate construction of a community centre to enhance social life in the community.

Togbe Kwadzo Doe I, Paramount Chief of Sokode Lokoe, appealed to the government to expedite action on the completion of the road.

He said drivers, especially commercial ones often tried to dodge the many potholes on the road, putting the lives of pedestrians and passengers at risk.

He appealed to the Municipal Chief Executive and the Assembly to help complete the road.

The Chief said poor streetlight systems in the community were negatively affecting security in the area as some unscrupulous people hide in the pocket of darkness around to undertake their nefarious activities.

He appealed to the MP to help fix the streetlights in the community to reduce activities of criminals and improve security.

Togbe Kwadzo Doe said the community got flooded, whenever it rains due to the lack of a proper drainage system in the area, and this was seriously hindering its progress.

He called on the Municipal Assembly to help find a solution to the problem to forestall any loss of lives and property as the major raining season was about to set in.