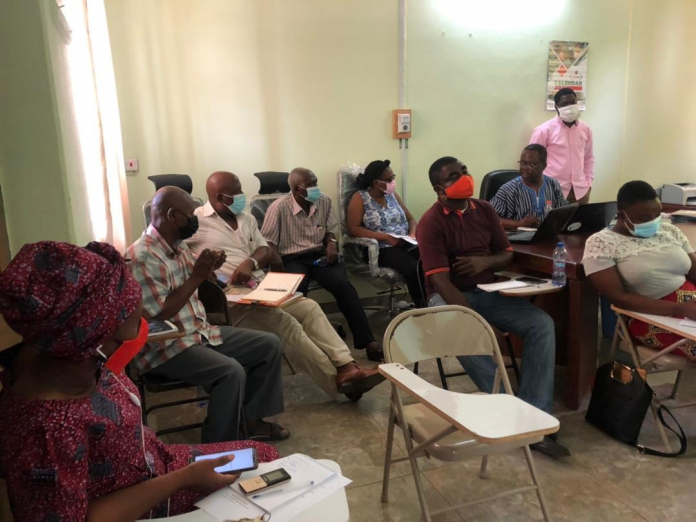 The Volta Regional Directorate of the National Road Safety Authority (NRSA) has organised a day’s intensive training on regulatory directives, for high occupancy passenger operators in the Ho Municipality.

Mr Kwasi Tsibu Yirenkyi, Volta Regional Director of NRSA, said the regulatory directives were aimed at maintaining safety and reducing crashes on the road to its barest minimum.

The directives include enforcement and implementation of Regulation 118 of Road Traffic Regulations 2012 (L.I.2180), which requires that drivers of commercial vehicles take a mandatory rest of 30 minutes after a continuous period exceeding four hours.

Or eight hours of rest after an aggregate of more than eight hours in a period of twenty-four hours or 500 kilometres whichever comes first.

Mr Yirenkyi said the implementation and enforcement of this Regulation would take effect from April 1, this year.

He said all operators were therefore required to submit a plan for relaying driving or two drivers to a trip to the Authority, indicating relevant routes, names of drivers assigned on the route and journey plan showing rest stops on or before March 31, 2021.

The Director said other Regulations to be enforced and implemented on the same date are Regulations 80 and 135, adding that an operator, who failed to comply with the directives would be dealt with in accordance with Section 32 (3) of Act 993.

He said operators were also required to provide refresher training for their drivers on Defensive Driving either on their own or by an institution certified by NRSA and Driver, Vehicle and Licencing Authority (DVLA) in accordance with Regulation 125.

Mr Yirenkyi said implementation and enforcement of this Regulation would help deal with the emerging issue of hazard perception and wrongful overtaking.

“Operators who fail to comply with this directive by June 30th, 2021 shall have their operations suspended,” he stated.

He said data available to the Authority had shown more crashes involving high occupancy passenger vehicles at various parts of the country.

Mr Yirenkyi said the situation was worrying and unacceptable and required urgent mechanisms to deal with it, thus the introduction of the new directives to save lives.

The Director said as at the end of January this year, the Region did not record any crashes but a total of 755 crashes were recorded across the country out of which 82 people lost their lives.

He said investigations conducted into the recent crashes “pointed to lack of internal control systems or at best a weak safety profile of these passenger operations”.

Mr Yirenkyi mentioned fatigue driving, high speed, wrongful overtaking and poor perception of hazards and hazards management as some contributing factors to the crashes being recorded.

The Director charged the operators to endeavour to strictly adhere to the directives, adding that whoever failed to comply would be dealt with in accordance with the law.

The operators, speaking in an interview with the Ghana News Agency (GNA) welcomed the directives, saying they were in the right direction.

They expressed their willingness to comply with the directives to bring to an end or reduce to its barest minimum the human resource the country continues to lose through road crashes.

Mr Alfred Amegah, Chairman of the Ho Branch of the Ghana Private Road Transport Union (GPRTU), described the directives as “beneficial” to all transport operators, drivers and passengers.

He said the enforcement of the directives was crucial to achieve the desired objective, promising that the Union would sensitise its members on the directives and ensure full compliance.

Mr Isaac Amenyo, Volta Regional Vice Chairman, Progressive Transport Owners Association (PROTOA) welcoming the directives, called on his colleague transport operators to be responsible and ensure that the right thing was done to save lives.

Mr Redeemer Worla Kwawukume, Secretary to Ho Co-operative Transport Society Limited, said they would ensure compliance with the directives among their members.