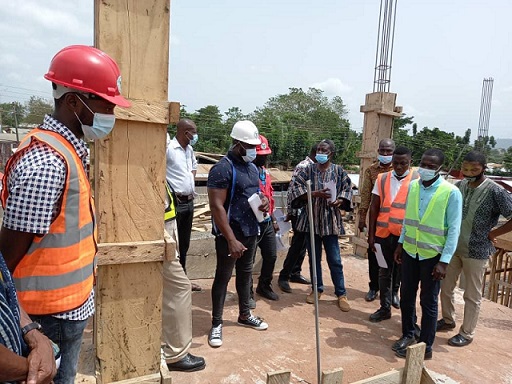 Mr Andrews Teddy Ofori, Hohoe Municipal Chief Executive (MCE), has expressed satisfaction with the ongoing work on a modern market for the Municipality.

The construction, under the Ghana Secondary Cities Support Programme (GSCSP), forms part of the World Bank support to the Assembly as one of the best performing Assemblies in the country.

Mr Ofori, in an interview with the Ghana News Agency (GNA) during a site meeting on the project, disclosed that the Assembly was already receiving applications from people who wanted to own stores after completion of works.

He said the Assembly had not received complaints from traders who were relocated to pave way for the construction of the new market, adding that adequate provision was made for new structures to accommodate them.

The MCE said the Assembly had plans for the construction of over 50 garages in the Municipality to cater for mechanics, sprayers, electricians, welders to decongest the town.

He pledged the Assembly’s support for the construction firms to ensure that work was completed on schedule and called on stakeholders to offer their support.

Mr Charles Osei Ababio from Soman Consult Limited, the consultancy firm on the project, noted that the contractors were on schedule to complete the project.

He said an increase in the market price of goods and construction materials was a challenge to some of the firms, adding that it was being worked on.