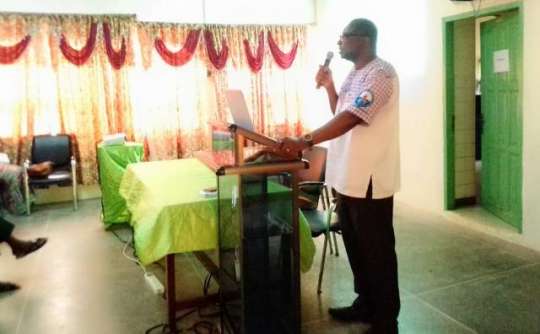 The cases, which were caused by anemia in pregnancy, hemorrhagic shock and amniotic fluid embolism were an increase from a zero maternal mortality in 2018.

Mr. Serene Akpanya, Administrator of the Hohoe Municipal Hospital who made this known at the 2019 performance review meeting of the Municipal Health Directorate themed; “Enhancing health service delivery through community ownership” said it was sad to note that the Hospital had to ‘chase’ pregnant women with high risk pregnancies from prayer camps to the hospital for medical services.

He said most pregnant women failed to adhere to medical advice to enable them be delivered of successfully, adding that the women stay “unconcerned” till their cases became worse before they visited health facility, which often became too late.

Mr. Akpanya called on stakeholders and traditional leaders to support the Hospital by educating and sensitizing women on the need to seek medical attention when they became pregnant and also called men to give their pregnant wives the needed support as well as make sure they were always in good health.

He said despite the maternal deaths recorded, the Hospital had seen drops in still births and neonatal deaths.

Dr. Pius Mensah, Medical Superintendent of the Hohoe Municipal Hospital and the Municipal Health Director described the deaths recorded as unfortunate since the Hospital had targeted a zero maternal mortality in 2019.

He noted that although the Hospital had put in measures to achieving a zero maternal mortality, attitudes of some pregnant women complicated issues.

“We will not give up and we hope this year, we will not record any deaths. We want to go back to achieving a zero maternal mortality. No woman should lose her life trying to bring another life into this world,” he added.

Togbe Gboxo I, Divisional Chief of Hohoe Gboxome, called on the Directorate and the Hospital to report religious leaders who camped pregnant women at their various prayer camps to the police as part of measures to ensure a zero maternal mortality in the Municipality this year.