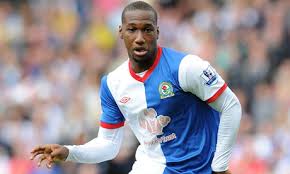 Hoilett is seeking to make his debut against Ghana tonigtht

QPR winger Junior Hoilett is looking forward to making his international debut for Canada when they take on Ghana in Washington, D.C..

Junior Hoilett is eagerly anticipating Canada?s international friendly with Ghana in Washington, D.C. as he looks to represent his country of birth for the first time.

The 25-year-old had been pursued by the Canadian Soccer Association (CSA) for years, but had not made a decision about his international future until he decided to play for Canada last month.

Hoilett is hopeful of taking Canadian football to another level and is desperate to prove his worth when they take on Canada on Tuesday.

?I?m happy, excited, and I can?t wait to make my debut for the national team, show the fans what I can do,? Hoilett told CanadaSoccerTV.

?[Canada head coach] Benito [Floro] sat down and we had a discussion, he showed me the role he wants me to play to help the team achieve bigger things and win games.

?We?ve got some tough matches coming up, some very important matches, and I just want to get out there and play.

?Like I said, I can?t wait to play, put on the Canada jersey for the first time, and help the team achieve better things and progress as a nation.?

The QPR man is not the only new face in the Canada squad, however, as Wandrille Lefevre, Fraser Aird, Kianz Froese, Charlie Trafford and Marco Bustos could all make their debut, too.

Head coach Floro will be without the likes of David Edgar and Kyle Bekker, though, who are both unavailable due to injury.