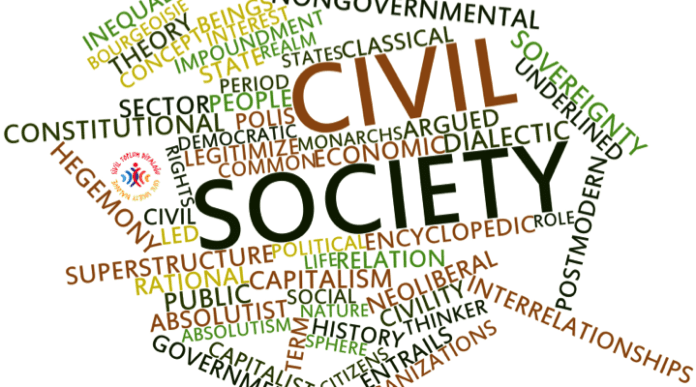 On November 5th this year, it was reported that the Economic and Organised Crime Office (EOCO) had launched an investigation into alleged public procurement breaches carried out by the Auditor General and one of his deputies in the purchase of vehicles for the Audit Service. The investigation was triggered by a private citizen petition.

Following this, CSOs concerned about the handling of the alleged Auditor General’s public procurement violations, have issued a statement and copied to News Ghana on 22nd November, 2019, noting that, “As CSOs committed to fighting corruption, promoting the rule of law and public accountability, we welcome the efforts of investigative bodies to promote horizontal checks and balances. No one is above the law and everyone should be held to the same standards of accountability.”

The statement went on that, “However, as keen observers of the anti-corruption space, we are very alive to the ways in which state power can be abused to harass and intimidate public officers seeking to protect the public purse and serve the public interest. The genesis and circumstances surrounding the alleged infractions being investigated and the handling of the investigations by another law enforcement raises concern that there is an attempt to undermine the work of the Auditor General.

We recall that in late September 2018, two petitions to President Nana Akufo-Addo leaked to the press. One was from the Auditor General accusing the Audit Service Board and particularly its Chairman, Professor Dua Agyemang of interfering with the Auditor General’s work.

The Audit Service Board also petitioned the President stating among other things that Auditor General had sidelined the Board in procurement processes contrary to law and was acting on his own. A key issue of contention was the purchase of 32 vehicles the Board claimed was in contravention of procurement rules.

The President set up a small committee to investigate the matter. Unfortunately, the outcome of the committee’s work led by the President’s Executive Secretary was not made public.

The matter however did not end there; in January 2019 the Public Procurement Authority (PPA) launched an investigation. The PPA concluded in March 2019 that the Auditor General had violated procurement rules for among other things using an Entity Tender Committee that was not properly constituted.

However, the PPA directed the Audit Service to pay Toyota Ghana the contract sum after establishing the State had received value. The PPA Board nonetheless rejected the Auditor General’s concurrent request for ratification. The PPA went further to recommend to the Attorney General to consider an investigation into the matter.

Subsequently in September 2019, the Alliance for Accountable Governance (AFAG), the NPP-affiliated pressure group called for the Attorney General to take action on the PPA report including calling for the removal of the Auditor General. Then in November 2019, the EOCO launched an investigation into this matter after a petition from a private citizen, according to reports.

It is important to note that during this period the Auditor General has been vigorously pursuing his constitutionally-mandated functions, acting without fear or favour in auditing and surcharging a number of state institutions and individuals including the PPA, the Ministry of Finance and the Senior Minister. A number of these pursuits have courted anger against the Auditor General amongst ruling party supporters.

It is our considered view that, at every turn of the matter, the purported procurement procedural challenge could have been cured but various state agencies decided to teach the Auditor General a lesson. The Board led by its Chair could have respected the clear corporate governance traditions and rules in allowing the Auditor General to carry out his Chief Executive role, particularly when the procurement was made transparent, and for value.

The ongoing feud with the Auditor General prevented it. At the PPA, the Board could have approved the concurrent application for ratification after establishing that there was value. But again, this option was rejected.

In relation to the current investigation by EOCO, it is abundantly clear that jurisdiction over the investigation and prosecution of “corruption and corruption related offences” has been entrusted to the Office of the Special Prosecutor under s. 79 of the OSP Act 2017. Parliament even went further to delete the words “corruption and bribery” from the definition of “Serious Crimes” under the EOCO Act as part of the consequential amendments to make this clear.

Following the outcome of the OSP vrs Hon. Mahama Ayariga case, it is likely that any charge brought by EOCO relating to public procurement violations will be thrown out for lack of jurisdiction. Moreover, it is strange that EOCO is investigating this matter in the first place, after the PPA has established value for money, had not found any malfeasance or dissipation of public money.

In fact, this sorry and potentially damaging saga will further strain the already fractious relationship between investigative and prosecutorial bodies undermining collaboration and coordination needed to fight corruption in Ghana.

CSOs have had cause to complain about the kind of forum shopping that has been allowed as investigative and prosecution bodies fail to cooperate and serve the public interest. Ultimately, it is Ghana that will suffer as we retard progress in our fight against corruption.

To cure this current unnecessary confusion, the proper forum for any investigation of the alleged public procurement violation is the Office of the Special Prosecutor per the OSP Act and recent High Court decision.

If the Special Prosecutor decides that he has too much on his plate to take the matter on, he can ask EOCO to take it on. Given the public interest this matter has generated we will encourage the OSP or designated officer to publish the full report or summary of the investigative report for the public to know.

Lastly, the actions of the Audit Service Board makes it clear the feud between the Auditor General and the Board over the powers and role of the each body remains in spite of the work of the President’s committee.

Hopefully, this can be clearly defined by the Supreme Court in the Isaac Wilberforce Mensah case seeking a number of declarations related to the relationship between the Auditor General and the Audit Service Board.

We hope the recent turn of events will not deter the Auditor General from continuing with his work to protect the public purse and we also wish to assure the public we remain committed to ensuring Ghana rid itself of corruption for the betterment of its people.

Below is the original release signed by all the various CSOs