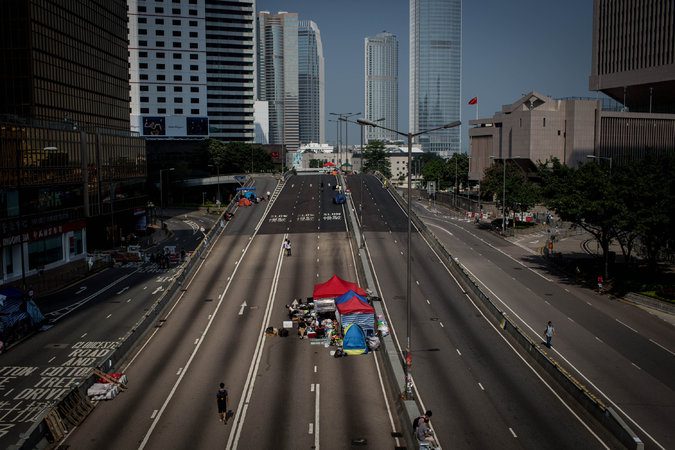 The Hong Kong Special Administrative Region (HKSAR) government’s deficit for this fiscal year is expected to increase remarkably as it rolls out unprecedented rounds of economic relief measures, two top officials of the HKSAR government said on Sunday, pledging to make good use of Hong Kong’s fiscal reserves to mitigate the impact of economic downturn amid the COVID-19 pandemic.

“When I delivered the Budget at the end of February, I forecast a budget deficit of close to 140 billion (Hong Kong) dollars. This, together with the recently announced measures, would bring our total deficit to close to 280 billion (Hong Kong) dollars. Considering that during economic recession, tax collections and revenue from land sale would inevitably come down, we are of the view that it would be quite possible for the deficit for this year to exceed 280 billion dollars,” Chan said.

The HKSAR Chief Executive Carrie Lam announced on Wednesday a basket of relief measures worth 137.5 billion Hong Kong dollars in total (17.74 billion U.S. dollars) to prop up businesses and residents struggling amid the COVID-19 pandemic.

The new economic relief package, together with the first round of measures announced months ago and the relief policies included in the Budget, totaled 287.5 billion Hong Kong dollars (about 37.08 U.S. dollars), equivalent to about 10 percent of Hong Kong’s GDP.

Describing the rounds of measures as “the largest and boldest in Hong Kong,” the HKSAR government’s Chief Secretary for Administration Matthew Cheung said in an article published on Sunday that the measures are expected to lead to a huge fiscal deficit, but now is the time for Hong Kong to make good use of its fiscal reserves.

In the article published on his official blog, Cheung said the funding for the new relief package is scheduled to be discussed by a special meeting of the HKSAR Legislative Council (LegCo) on Friday, calling on LegCo members to put the interests of the whole society first and approve funding as soon as possible.

Stressing that Hong Kong has a solid foundation and its public finances remain sound, Cheung said the HKSAR government will focus on supporting businesses and alleviating burdens on the residents, and at the same time formulate more targeted and forward-looking strategies to pave the way for economic recovery.

Chan added that it is time to give play to Hong Kong’s fiscal reserves in mitigating the impact of economic downturn on employment and livelihood with massive counter-cyclical support measures.

“As the outbreaks overseas are still out of control, the impact on Hong Kong will be difficult to overcome in the short term. We must do our utmost to avoid mass unemployment, which would further weaken demand and trigger a downward spiral in the economy and employment,” he said. Enditem