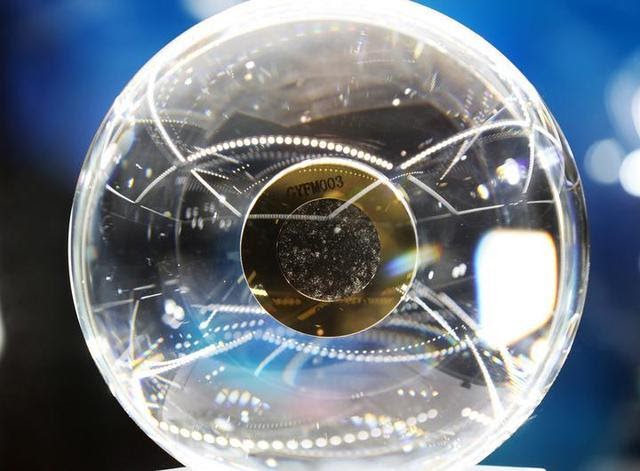 An exhibition showcasing China’s scientific achievements in the past 100 years was recently held in Hong Kong, sparking heated response from all walks of life of the Hong Kong society.

The exhibition, which also displayed lunar soil brought back by China’s Chang’e 5 spacecraft, was held across the city during a five-day visit by six of the nation’s top aerospace experts.

The outstanding achievements of China’s aerospace ignited the patriotism of the Hong Kong compatriots, calling them to devote themselves to developing the country.

This year marks the 100th anniversary of the founding of the Communist Party of China (CPC). Over the past 100 years, the CPC has united the Chinese people and led them to achieve remarkable progress, and the development of aerospace technology is a mirror of such progress.

From the Mars probe Tianwen-1 to the operation of the BeiDou Navigation Satellite System, and from the lunar samples collected and returned by Chang’e 5 spacecraft to the successful rendezvous and docking between Shenzhou-12 manned spaceship and the Tianhe core module of China’s space station, the achievements of China’s aerospace technology have significantly enhanced the confidence and pride of all Chinese, including the Hong Kong compatriots.

As Hong Kong celebrates the 100th anniversary of the founding of the CPC, Chinese aerospace scientists have been warmly welcomed on their visits to the special administrative region. It fully demonstrates that as a part of China, Hong Kong compatriots have always shared the dignity and glory with the people from the Chinese mainland, and jointly shouldered the mission of the great rejuvenation of the Chinese nation.

Promoting sci-tech cooperation between Hong Kong and the mainland, supporting the special administrative region to become an international center of innovative technologies, giving play to their own unique sci-tech strengths and contributing to economic development and improving people’s living standards both in Hong Kong and the mainland are all part of the implementation of the “one country, two systems” principle in Hong Kong, said general secretary Xi Jinping of the CPC Central Committee.

Taking advantage of the “one country, two systems” principle, Hong Kong has firmly grasped major opportunities of cooperation in innovation and technology, the Belt and Road construction, and the construction of the Guangdong-Hong Kong-Macao Greater Bay Area. It is achieving better development while integrating into the development of the country.

The fact that Hong Kong compatriots are sharing dignity and glory with the people of the Chinese mainland, and jointly shouldering the mission of the great rejuvenation of the Chinese nation, is a result of the adherence to and improvement of the “one country, two systems” principle and the long-term stability of the principle.

The law on safeguarding national security in Hong Kong has been enacted for a year. It has led to a major transition from chaos to stability in the special administrative region, and created a sound environment and won a larger space for solving deep-rooted contradictions and problems such as livelihood. Hong Kong’s electoral system has been improved, which has laid a solid foundation for “patriots governing Hong Kong,” ensuring Hong Kong’s prospects with good governance.

To make a bright future with concerted efforts is the biggest expectation of the Hong Kong society. As long as the special administrative region adheres to and advocates the leadership of the CPC, constantly improves systems and mechanisms related to the implementation of the Constitution and the Basic Law, and integrates Hong Kong into the development of the country, it will surely write a new chapter of development together with the Chinese mainland.

A strong Chinese nation benefits all Chinese. To achieve the great rejuvenation of the Chinese nation is the greatest dream of China in modern times, as well as a cause shared by generations of Chinese people. The dream has never been so close to the Chinese people. Realizing it will also bring broad space for Hong Kong compatriots and bring prosperity and development to Hong Kong. China, opening wide and witnessing drastic changes, is able to offer strong impetus for Hong Kong to better give play to its advantages, expand its development space and tackle deep-rooted problems. In particular, the building of a new development paradigm, the construction of the Guangdong-Hong Kong-Macao Greater Bay Area, and the implementation of the 14th Five-Year Plan (2021-2025) have created not-to-be-missed opportunities for the special administrative region. Finding its position in the country’s development and playing a more active role, Hong Kong is bound to nurture new advantages, make new contributions and achieve new development.

Stakeholders to Discuss Positioning Africa in the Global Tech Race