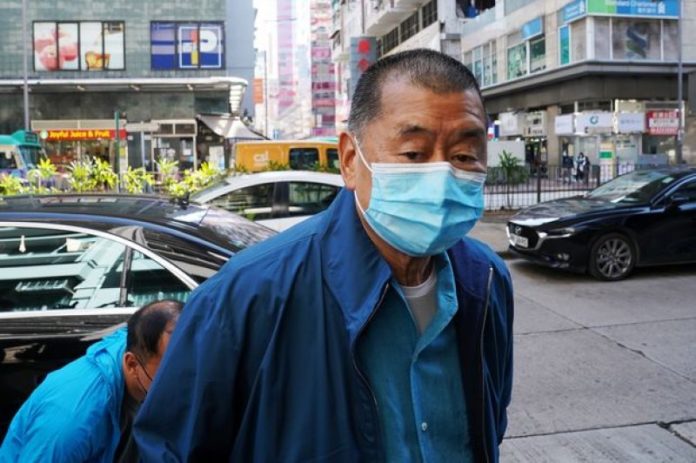 “The founder of @appledaily_hk Jimmy Lai is denied bail by the national security court this morning.

He will be in custody until April 16th next year, at least. He faces a charge of fraud with two senior staff,” the lawmaker tweeted.

Lai was arrested late Wednesday on alleged fraud charges related to a raid on his Next Digital headquarters in August.

The 71-year-old is the owner of pan-democratic newspaper, Apple Daily.

Known as an outspoken media personality, Lai was detained in August for breaching the city’s new national security law, as Beijing further tightens its hold on the city.