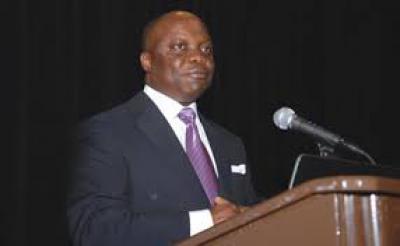 What I am about to write will not be a shocker to many people, while to some, it may be an eye opener. For those who have read Vanguard Newspapers over the years, it is already a common knowledge that it has long deviated from the tenets of journalism, while throwing ethics to the pigs all for financial gains.

Those who are conversant with my style of reportage in the newsroom can readily attest to the fact that I have always warned my colleagues and staffers never to buy Vanguard to read or bring it to the office for official use. Since the advent of social media, many media observers will again stake a million dollar that almost all the news carried by Vanguard is copied from the New Media. We have not forgotten the fake story of the ?capture boko haram leader by the US supposed soldiers? which was on their front page and embarrassed them for weeks.

Despite the Nation Newspaper being owned by APC, they have not been so partisan. Ever wondered why Punch Newspaper and Leadership have become a threat to government? It?s because they choose they stay above political board, even though we may argue that they have political leanings. Even Daily Sun owned by Orji Uzor Kalu has not engaged in this kind of community journalism against the publisher?s opponent.

While we have tried to save them of the embarrassment they are bringing upon themselves, they keep on bathing in the pool of shame. That the newspaper carry more of Delta State news is no big deal, after all, our big daddy, Uncle Sam is an Itsekiri man from the State and it is natural that he favors the state with news. What is however sickening is that they have turned to Gov. Emmanuel Uduaghan mouth piece. It is noteworthy to outline just two instances where they have erred especially in respect to the 2015 guber race in Delta State.

During the declaration of Senator Ifeanyi Okowa at the Oshimili Arcade, I reliably gathered that the media team approached Vanguard to buy the front page to splash Okowa?s photograph, but the paper refused. Not done with such unprofessional behavior, they carried a headline on the declaration, which was done to put Okowa in a bad light, but for the social media who carried the story; Vanguard would have given Okowa a sleepless night.
Two weeks after that incident, the same paper that refused to have Okowa?s picture in their front page carried Sir Anthony Obuh?s own in same page while eulogizing the declaration. If you think that is all, you are in for a worse ethical misrepresentation by a paper that claims to be the Vanguard of the nation.

During the meeting of guber aspirants were a communiqu? was issued in the home of Chief Edwin Clark and made available to vanguard (even paid for), I can authoritatively tell us that Vanguard committed a crime in journalism. On the fateful day of the publication, two of such publications were circulated separately in Abuja and South South. The page 24 which carried the communiqu? was sold in Delta State, while the same page was removed in the ones sold in Abuja.

And you want to know why? The excuse given by one of their editors was that the communiqu? was meant for those in Delta and not Abuja! When did it become a norm to decide what people will read? The communiqu? was supposed to be published in all Vanguard publication nationwide and seen by the PDP National Working Committee for them to know the precarious situation in allowing Uduaghan to impose a candidate; but obviously on the payroll of Uduaghan, they deliberately removed PAGE 24. Can we pause to ask Vanguard Newspapers why they circulate the news of bombing in the North to Deltans when obviously it does not affect them? Why do they put reports of impeachment in the South West in the papers sent to Delta when it does not affect the people there?

So sad that Vanguard has officially turned to a community based newspaper and plays politics with reportage. Gladly enough, we will be glad to welcome them home as one of the home based players in community journalism. However they may try, they cannot contend with the millions of Deltans who have rejected the Uduaghan godfatherism. Graciously enough, the likes of Vanguards no longer control the media and masses opinion; the Social Media do, and we own it, not them. They either chose to align with the truth or go into oblivion as a paper that came, saw but never conquered.