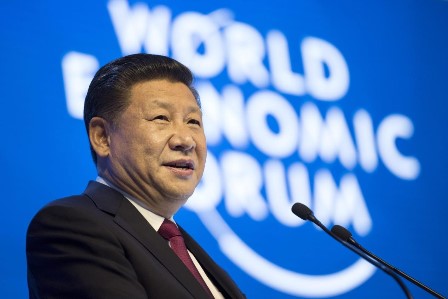 As the world’s leaders of business, government and non-profit organisations gather in Davos for the World Economic Forum 2017 the economic outlook is full of storm clouds. Decades of increased economic and political integration between countries is under threat of the election of Donald Trump, the rise of nationalist parties from the Philippines to Poland; Bexit in the United Kingdom; WTO’s Doha Round stalled and Trans-Pacific Partnership (TPP) and Transatlantic Trade and Investment Partnership (T-TIP) likely to be blocked. In 2016 governments around the world introduced over 400 discriminatory actions targeted at foreign competitors. All the evidence points to a full-blown backlash against globalisation.

It not surprising then that the question of how to turn this anti-globalisation tide permeates almost every session planned for the the Davos Forum this year. The overall theme of “Responsive and Responsible Leadership” reflects the fact that many ordinary citizens around the world, and especially in developed countries, have lost trust in their politicians and even the underlying institutions of law making and regulation that are supposed to govern in their best interests.

They feel globalisation has left them behind so their lives are not becoming better. Worse still, they doubt their children will be as well off as they were. They worry that more jobs will disappear in high-cost countries with as new technologies using artificial intelligence and self-driving vehicles to replace people become widespread. When they complain, they feel their voices are not being heard. So the World Economic Forum will focus on five priorities: strengthening global collaboration, restoring a sense if shared identity, revitalising economic growth, reforming capitalism, and preparing for the Fourth Industrial Revolution.

This is the environment that awaits President Xi Jinping when he becomes the first Chinese leader to visit the gathering of the global elite in Davos since it was founded in 1971. As a result, both the expectations now placed on China, and the corresponding opportunities, are great.

First, the world hopes that the Chinese economy will continue to act as an important engine of global growth. In October 2016 the IMF forecast that the US would grow at 2.2%, the Eurozone at 1.5%, Russia at 1.1% and Japan at 0.6% in 2017. If those forecasts come to pass it means the large, developed economies will remain quite sluggish, generating insufficient global demand to revitalise world economic growth. No one knows what President Trump’s economic policies will be once in office, or whether his plans to stimulate growth in the US economy will work. So China, now the second largest economy in the world with growth in 2017 forecasting to continue at above 6%, will be critical to driving global economic recovery.

So can China provide a big part of the economic vitality the world needs? Despite the stock-market hiccup and currency fluctuations in early 2016, China’s leaders were able to restore stability and keep the Chinese economy growing steadily at 6.7% throughout the last year. But behind these headline figures a major shift in the structure of growth in the Chinese economy has begun. Consumption accounted for over 70% of China’s GDP growth through the third quarter in 2016. The services sector grew at 7.6% continuing the shift away from past reliance on industry and construction, which grew at an average of 6.1%. As these shifts continue, Chinese policy makers will need to navigate around the minefield of potential property and stock market bubbles, financial sector stability, volatile exchange rates and international capital flows, and possible price inflation.

Potential painful restructuring of heavy industries such as steel and coal will need to continue along with broader “supply-side” reforms and investments in new technology to improve productivity. But the growing importance of consumption, services and digital businesses in the Chinese economy will create new opportunities for both Chinese and foreign businesses to expand. For example, Alibaba’s Executive Chairman Ma Yun met US president-elect Donald Trump on 9th January and explained that Alibaba planned to bring one million small US businesses onto its platforms to sell to Chinese consumers over the next five years. China’s growing services market also offers enormous opportunities in areas such as healthcare (where reforms have created new potential markets for insurers, hospitals, retirement and nursing services and related industries from pharmaceuticals information technology and diagnostic equipment vendors).

China’s booming tourist industry also offers a new source of vitality for both the Chinese and foreign economies. China’s outbound tourism is now the largest growth force in the global travel market. One in every ten international travellers now comes from China and the Word Travel and Tourism Council estimates the global industry is now creating over 7 million new jobs every year.

Second, the world is hoping that China will help with the first of the World Economic Forum’s priorities for the Davos meeting: strengthening global collaboration. Given the backlash against globalisation in the West, there is widespread concern about a move toward protectionism and what economists call “beggar thy neighbour policies” (attempts by one country to remedy its economic problems by introducing policies that make its neighbours worse off). Many of the things Mr Trump said during the American election campaign fall into this category and politicians in the US and Europe seem likely to cancel the potential global economic benefits of the new trade agreements that are waiting to be signed. Those who want to maintain the long-term trend towards a more open global economy are hoping President Xi Jinping will push forward with alternative, regional free-trade agreements such as the Regional Comprehensive Economic Partnership (which involves 16 countries including ASEAN, Australia and India) and plans to seal trade agreements with 40% of the countries along the “One Belt, One Road” in 2017. They also hope China will boost global trade and cooperation by continued opening up and giving greater access to foreign investors including expanding initiatives such as China (Shanghai) Free Trade Zone.

While there is always scepticism and possible resistance from existing international organisations, others would also welcome China’s promotion of international cooperation and development through the Asian Infrastructure Investment Bank (AIIB), the Silk Road Fund, the ASEAN Infrastructure Connectivity Fund and ongoing funding from the China Development Bank.

Third, many the international community are hoping China will take a global leadership role in the battle against Climate change and environmental destruction. Mr Trump’s nomination of the outgoing head of ExxonMobil as America’s top diplomat and a former governor of oil-state Texas as the head of energy are worrying. Europe, a long-time champion of environmental cause maybe distracted by elections in Germany and France due this year. As the world’s largest investor in renewable energy, China may be expected to step into the vacuum not only by strengthening its own efforts to combat climate change, but also by encouraging others. China’s recent commitment to shut down its ivory trade by the end of 2017 has been widely welcomed and President Jinping’s comments on environment during the Davos meeting will be closely watched.

Together these expectations and opportunities mean that President Xi’s visit to Davos a sign of China’s growing importance in the world and readiness to begin to fill the space that may be vacated if the US turns inward as a result of its domestic problems and deep internal divisions.