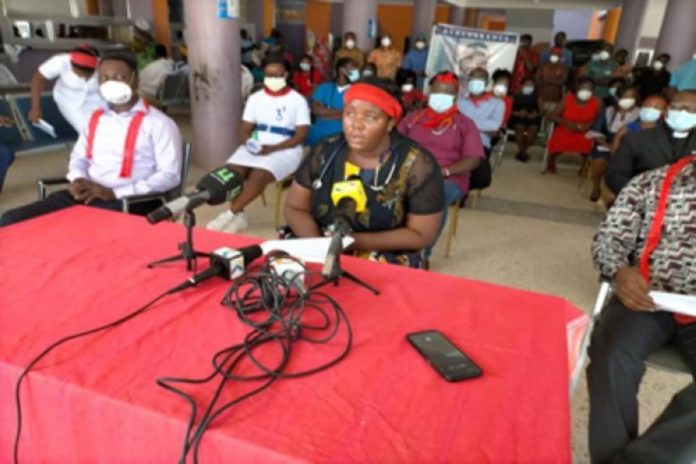 Management of the Methodist Faith Healing hospital at Ankaase in the Afigya-Kwabre South District has threatened to suspend operations over continued attacks on its staff by armed robbers.

According to them, the total darkness and the deplorable nature of the five-kilometre road linking the hospital to the main Kumasi-Asante Mampong highway, had been the main points of incessant attacks on health workers and members in the surrounding communities.

These were contained in a statement jointly signed by Mr Joseph Atta Amankwah, General Manager and Dr. Seth Sie, Medical Director, and read at a news conference organized by the workers, in remembrance of one of their colleague, who was shot by armed robbers on the road on March 28, this year.

Mr Stephen Asante Nyamekye, a 35-year-old Biomedical Scientist was attacked and shot in the right upper arm by armed robbers on the road, when returning from an official assignment.

He died on April 10 this year, after several attempts by surgeons to save his life failed.

The statement, which was read by Dr. Agnes Amankwaa Arthur, also counted several attacks on doctors, nurses and other staff as well as some community members on the road since the beginning of the year.

A doctor’s car was hit by a bullet on the Heman-Ejuratia road while going to work in January, this year.

In February, a rotational nurse was shot on the forehead and sustained serious injuries while going to work at the hospital.

In the month of March, two armed robbery cases were recorded on the same road, which involved some staff and traders from the neighbouring.

According to the statement, several efforts to draw the attention of authorities to either reshape or construct the road with adequate lightening system to minimize robbery attacks, have proved futile.

It said the workers had wanted to embark on an industrial action and street protests to express their displeasure over the deplorable nature of the road and the recent happenings to staff of the facility, but the magnitude of the COVID-19 outbreak, made them to abandon that idea.

According to the workers, if they did not see evidence of work on the road network with improved security in the near future, they would be forced to suspend their services.

“We wish to categorically state that we shall no longer risk our lives in the name of saving lives in the midst of this pandemic”, the statement added.