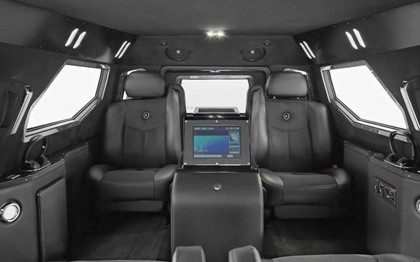 The House of Representatives Committee on Aviation, yesterday, ordered the Nigerian Civil Aviation Authority, NCAA, to return the controversial N225 million bullet-proof cars that were purchased during the tenure of former Aviation Minister, Princess Stella Oduah, and recover the money.

stella-cars1Chairman of the committee, Nkiruka Chidubem Onyejeocha, said NCAA have no business keeping the cars, stressing that the contract terms between NCAA and Coscharis Motors should be cancelled and the money recovered from the supplier.

She made this call while on an oversight visit to the agencies at the Murtala Muhammed Airport, Lagos. She said: ?What we said about the bullet proof cars is that the contract should be cancelled and that they do not have any business keeping the cars. It should be returned to the supplier and then recover our money,? adding that due process was not followed in the contract.

Earlier, the acting Director-General of NCAA, Engr. Benedict Adeliyela, said that the cars were parked at the NCAA?s office in Abuja.

She was reacting to the statement of the Managing Director of FAAN, Mr. Saleh Donuma, that FAAN did not have any relationship with Avitech, who is the company responsible for airport automation.

According to Donuma, First Bank was the party that partners with Avitech to be collecting money from the airport on behalf of the bank.

Onyejeocha said the house was not satisfied with the concession agreements, saying ?we have a strong opinion about some concessions, especially the one with Avitech.

?They said they were not directly in contact with Avitech, that it is First Bank that they know. They know that we are not satisfied and that is why they said that the zero car park had been terminated, which means their concerns is also our concern.

?On the issue of Bi-Courtney and Meavis, I think it will be better than what we have with First Bank. That was why during the bullet-proof issue, you already access more than N600 million from First Bank because they are collecting your money. So it is wrong.

?You said it with your mouth that Avitech is a technical partner to First Bank. The bank collects revenue. Do we need a bank for automation? A bank cannot come and do automation in airport. It simply means you just exist.

?You are just sitting here and your money goes somewhere else. So I do not know how you will balance that. If we say Meavis is bad business, First Bank should be the worse. They do not have any business collecting our revenue.

? How will FAAN have a relationship with a bank apart from keeping of your money? There cannot be even proper accounting of the revenue because as they are progressing, you are retrogressing.?